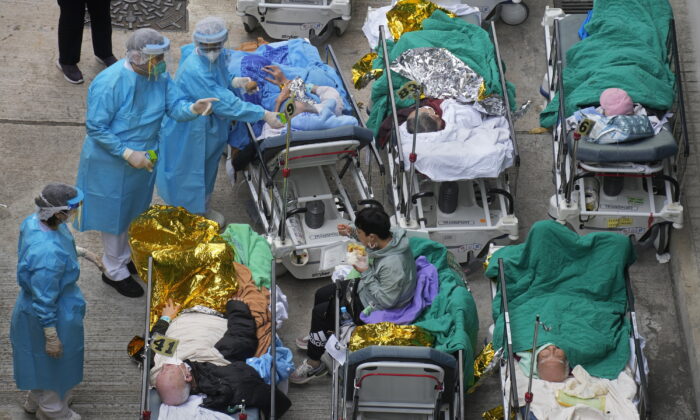 HONG KONG— Stringent anti-virus controls that ban public gatherings in Hong Kong of more than two people might be tightened to stop a surge in infections, the territory’s top health official said Sunday, as 14 deaths and more than 6,000 new cases were reported.

Health Secretary Sophia Chan, speaking on a radio program, gave no details of possible new restrictions and called on the public to stay at home.

Hong Kong already is operating under its strictest curbs on travel, business, and public activity since the pandemic began. In place since Feb. 10, they also prohibit gatherings of more than two households. Restaurants, hair salons, and religious sites were ordered closed.

The territory had 6,067 confirmed cases in the previous 24 hours. That was close to Thursday’s 6,116 cases, its highest daily total yet.

To ease the pressure, construction crews from mainland China will build isolation units for 10,000 people after crowding at hospitals forced patients to wait outdoors in winter cold.

Also Sunday, the government said Environment Secretary Wong Kam-sing would work from home after his driver received a preliminary positive virus test result. Wong tested negative but he and his driver will undergo additional testing.