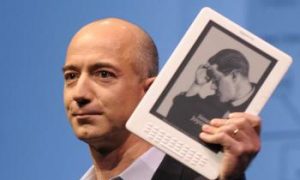 [xtypo_dropcap]L[/xtypo_dropcap]eighton Asia HKCC dominated 90 per cent of the first half in their match against Valley Red at Kings Park 1 last weekend in the Hong Kong Rugby Football Union’s G4S Domestic League.

With HKCC’s Division 1 team in relegation territory and Valley Red perched in equal second, a white-wash was on the cards. But HKCC surprised and took it up to Valley.

They have to step up to yet another level if they are to defeat ladder leaders Hong Kong Football Club’s Newedge Club this Saturday. HKCC Captain and Coach Andy Hall said that they could again surprise some people next week.

“I would suggest that if we turn up and play for the full 80 next week, then that performance should be enough to get the result. But, obviously, there are 15 players trying to stop that. We could surprise some people next week if we turn up with the right attitude,” said Hall after the Valley match.

“It is a big game [this Saturday] because it’s Club. It’s a compliment to Club that everybody gets up for them. They’re one of the best teams around. They have a certain reputation. That’s good. It’s good to have a team with reputation— to be involved with a team with reputation,” said Andy, who is from Birmingham, UK. “We will very look forward to coming and playing here and giving them a good run for their money.”

Playing basic rugby, HKCC weren’t overly flashy against Valley, but they had a good defence, good offence and the backline was solid. Whereas, when Valley had the ball, they were not able to break the lines, despite trying to play with flair—their handling was not up to the task and they had a few fumbles and knock-ons.

However, a costly try later in the opening half to Valley visibly demoralised HKCC and the game was on.

In a low-scoring first half, scores were HKCC 6 to Valley 7. HKCC’s Andy Hall said that it was hard to make assessment straight after a game, but that basic errors were costly.

“Just before half-time, we had a binning. In that period, we conceded three or four points I think. So we could turn around and point the finger at the play, but I don’t think that’s the case. The tries that they scored, I just think we’re just one or two basic errors. I don’t think it was to the point where they were stretching us and stretching us and our defence was stretched because we were one man down. I don’t think it was like that at all. I just think we had one or two basic areas, just cost us a few chances, cost us a few bounces.

HKCC appeared to get rattled, making mistakes that left gaps for easy tries early in the second half. Valley capitalised. In true Tradition Valley spirit, they showed why they are one of Hong Kong’s powerhouse rugby teams.

It was not that Valley dominated play in the second half, it was more that they had bursts of power of pushing through HKCC lines. And they had quite a few nice runs. A late try for Valley sealed the win. While HKCC had managed to score just another 7 points for the match, Valley scored 20 to win 27-13.

The beginning of the second half was quite tragic for HKCC. From an outside point of view, that’s were they lost the game. By the end though, the players were standing their men again.

“Do I agree with that assessment?” Hall asked. “Before they scored, I still think we were in it. Once they got that last one, you could see the boys were a bit down. We were struggling to get into positions were we could strike. Your assessment there is probably correct.

“At full strength, our backline can compete with anybody. Our pack, we’re not the smallest, we’re not the youngest, so occasionally we use a bit of guile to get what we want. But that’s OK. I’m excited about the challenge. January is a big month, we got Valley, we got club, we got the Dragons, we got Valley again. Great start to the year.”