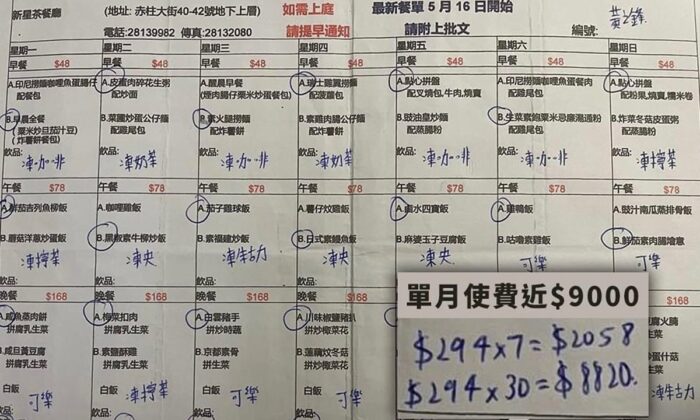 .... but after eating bland, tasteless prison food for a long time, meals ordered from outside taste delicious
By Matthew Wong

On July 28, a friend of Joshua Wong Chi-fung, former Secretary General of the pro-democracy party Demosisto, posted a social media message about Wong’s life in prison.

Wong has been jailed in Stanley Prison, Hong Kong, since March 2021 due to his actions related to the 2019 protests and later for his involvement in the 2020 Hong Kong pro-democracy primaries. He mentioned in the post that prisoners have the right to order three meals per day from a Cha Chaan Teng (Hong Kong-style cafe).

However, he pointed out that the monthly expense of more than HK$9,000 (approx. US$1,156) is not cheap, but he thought that it is valuable to have Hong Kong-style food in prison.

After having the bland and tasteless prison food for 15 months, Wong could not forget the impact and the shock of the taste of the first cup of coffee and Nissin Instant Noodles ordered from a Cha Chaan Teng. He said that when chewing the food, he could not help but feel how delicious the meal was and how happy he was being able to eat that meal, Wong stated in his post.

When prisoners are under mental pressure in prison, having food such as Hong Kong-style milk tea, satay beef instant noodles, and BBQ pork rice is a comfort. Also, he appreciated his friend’s effort to share his monthly meal expenses.

Public records show Wong served 13 and a half months in prison for “inciting others to attend an unlawful assembly outside the police headquarters” on June 12, 2019.

After completing his prison time for the abovementioned case, he is now serving a sentence for his involvement with the 2020 Hong Kong pro-democracy primaries.