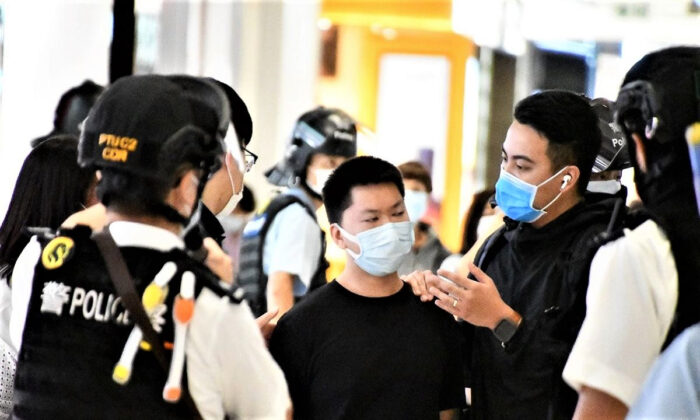 Court reduce sentence from 5.9 years to 5years
By Danny Tang

“Captain America 2.0,” a 2019 Hong Kong Protester, had his jail sentence reduced to five years on August 3, winning his appeal in the Court of Appeal of the High Court in Hong Kong.

Ma Chun-man, also called “Captain America 2.0” since he used to carry a superhero shield during protests, was jailed for five years and nine months for ‘inciting secession’ for chanting slogans such as ‘Liberate Hong Kong, Revolution of Our Times’ on various public occasions.

The application to appeal his sentence was the first appeal case involving the Hong Kong National Security Law.

The verdict from the Court of Appeal of the High Court mentioned that the sentence adopted by District Court judge Stanley Chan Kwok-chi was too severe.

The appeal was arguing that the circumstances of the case are not “of “serious nature.”

The appellant said that even though Ma shouted slogans such as ‘Liberate Hong Kong, Revolution of Our Times,’ he did not have any plan to commit a crime, and the slogan was vague without actual action.

Representative of the Department of Justice Hong Kong said that Ma had committed multiple crimes without any remorse, and believed that the circumstances of the case were of a “serious” nature.

In the verdict, the Court of Appeal stated that although the case was classified “serious,” it “remained at the lower end of that classification.” The sentencing should be close to the minimum sentence of five years. It considered the District Court Judge’s punishment of six years excessive.

The Court of Appeal adopted five years and three months as the starting point for sentencing. And the District Court Judge had deducted three months from the sentence as a discretional discount because the District Court’s time was saved by the ways in which the defendant defended. The Court of Appeal did not intervene, so the final sentence was five years.

The Court of Appeal stated that the legislative intent of the “Hong Kong National Security Law” and its relevant penalty provisions is to be compatible and complementary with local laws.

The “Hong Kong National Security Law” does not define “serious” or “minor” for the case of  “inciting secession,” therefore the local legal principles of sentencing apply.

The Court of Appeal said that when defining the seriousness of the case, it should be determined by the actual circumstances of the case as a whole, and “incitement” in the common law should be used for reference.

What matters is the offender’s actions and their substantial consequences, potential risks, and possible impacts.

In addition, the Court of Appeal said that it was wrong that the District Court Judge used “lack of remorse” as a reason for assigning the circumstances of the case as “serious,” and believed that there was no relationship between remorse and the seriousness of the case.