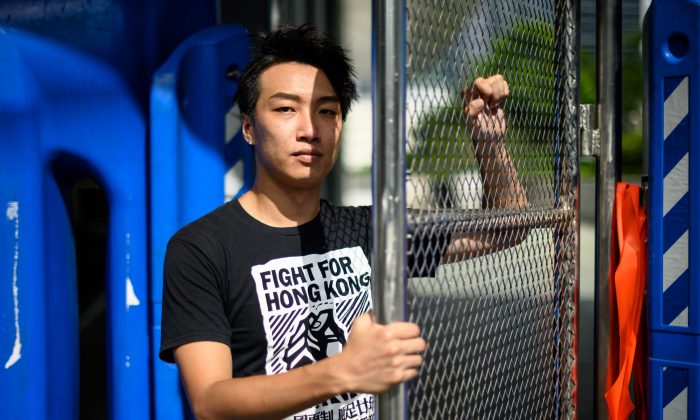 Two leaders of the Hong Kong protest movement were attacked by thugs armed with a baseball bat and metal rods in two separate incidents on Aug. 29, as the city heads into its fourth month of mass demonstrations against Beijing’s growing interference.

Jimmy Sham, convenor of the Civil Human Rights Front, the group behind multiple mass protests in Hong Kong, and Max Chung, the organizer of a demonstration in July in opposition to alleged gang violence against protesters, were each targeted by armed aggressors as they went about their business in different parts of the city.

Civil Human Rights Front said in a Facebook post that Sham and a companion were assaulted in a restaurant in Kowloon by two masked men wielding a baseball bat and a long knife.

Sham was unhurt, but the friend who protected him suffered injuries and was sent to the hospital. Police said they are investigating the incident, the Financial Times reported.

Jimmy Sham, convenor of the Civil Human Rights Front, & his friend were attacked by 2 masked men in Jordan when they’re having lunch. Sham was unhurt but his friend was hit by a bat. The attack came just hours after police banned both a rally & march organised by the front on sat pic.twitter.com/IJXwarqYAK

Hours later, Chung said he was attacked by four men carrying metal rods and umbrellas while being interviewed by a reporter on the banks of Lam Tsuen River in Tai Po. Both Chung and the reporter were taken to the hospital. Police are reportedly investigating the alleged assault.

Chung took blows to his arms and back, while the reporter also came under attack, suffering injuries to his arms and mouth, RTHK reported. The attackers were described being of South Asian descent.

TMHK, whose reporter was with Max Chung at the time, published a picture of the injuries of Chung. The reporter was also injured in the attack. #FreeHongKong

Chung told reporters that this was “obviously a planned attack,” according to RTHK, adding that other rally organizers have also been threatened or come under attack.

The assaults came hours after police denied permission for a large march organized by Civil Human Rights Front for Aug. 31, which was set to mark five years since the Chinese regime’s decision to set restrictive conditions on future elections of the city’s leader. The move, which critics said was in violation of a promise by the regime to allow universal suffrage to choose the city’s leader, led to mass protests in the autumn of 2014 which became known as the Umbrella Movement. The organizer said they would appeal the decision.

Hong Kong police previously banned another march organized by the group on Aug. 18, only allowing for a rally in Victoria Park. But when an estimated 1.7 million attended the rally, they took to the streets anyway in what was ultimately a peaceful demonstration.

Man-kei Tam, director of Amnesty International Hong Kong, condemned the attack on Sham and called for swift police investigation into the matter.

“This vile attack against Jimmy Sham appears to be a deliberate attempt to target a well-known pro-democracy activist,” Tam said in a statement.

“The repeated harassment of pro-democracy activists, combined with police bans on demonstrations, has created a climate of fear for peaceful protesters. It is vital that the authorities send a clear message that those who target peaceful activists with such violence, irrespective of their political views, will face justice.”