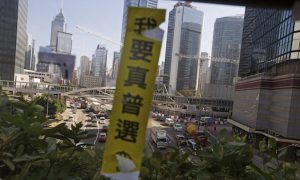 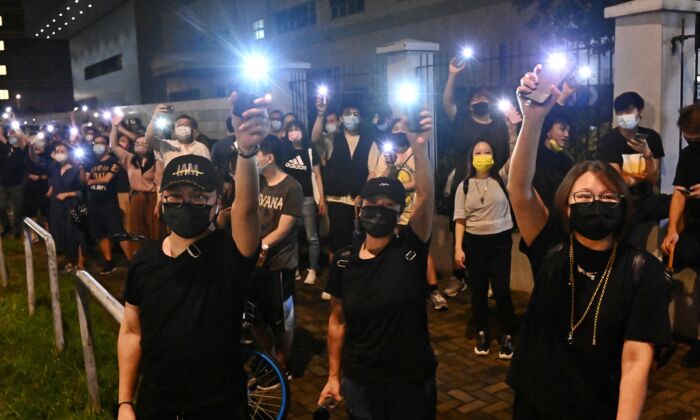 Hong Kong online news outlet Stand News has announced a series of moves to protect its employees, donors, readers, and board members in the event action is taken against the pro-democracy website by the Chinese Communist Party (CCP).

The outlet vowed in a June 27 statement to continue its news reporting, and urged supporters to donate to other independent media, free reporters and commentators, and news organizations who support free speech and press.

Stand News said it would take the actions to respond to “the literary inquisition that has been applied in Hong Kong” and in the event that the publication “encounters a fatal disaster” like the regime’s shutdown of Apple Daily.

Among the actions would be deleting all opinion pieces and commentaries, and republishing them only after the writers confirm with the outlet that they accept the possibility of being arrested by the regime.

The website also plans to suspend the receipt of subscriptions and donations; the outlet says its current funds can support the website’s operations for nine to 12 months.

The outlet is urging supporters to donate to other independent media, because “Hong Kong media business needs every donor’s support in the current time of great change.”

Contracts have been terminated with employees who had worked for the outlet for over six months as of May. The outlet signed new contracts with those who decided in favor of continued employment.

Stand News vowed in the announcement that it would “walk together with Hongkongers, be encouraged by the kindness from every donor and reader, report the news well, write down Hong Kong’s history, and record Hong Kong’s history.”

Stand News was founded by Tony Tsoi Tung-ho in December 2014, when the pro-democracy Umbrella Movement was coming to a close. The outlet primarily reports on pro-democracy and anti-communist Hong Kong news.

“Declare our position; stand, don’t hide; don’t avoid or evade; insist on reporting the truth” is its stated purpose.

In 2019, Stand News was ranked No. 1 in credibility among online news media in Hong Kong in a survey by the Chinese University of Hong Kong.

On June 30, 2020, the CCP’s rubber-stamp legislature passed its controversial Hong Kong National Security Law (NSL). The next day, more than 350 people were reported to have been arrested by police for shouting the pro-democracy slogan “liberate Hong Kong, revolution of our times,” or for having the flag of “Hong Kong Independence” in their possession.

Since then, the regime in Hong Kong has used the NSL to detain pro-democracy activists in the city. The Apple Daily incident is the first case of the regime using the law to take out an independent media outlet.

On June 17, the Hong Kong police raided Apple Daily’s headquarters and arrested five directors, including its editor-in-chief. The police claimed that the tabloid had violated the NSL due to its publishing more than 30 articles since 2019 calling for foreign countries to impose sanctions on the Chinese regime and the Hong Kong government.

On the same day, the Hong Kong Security Bureau froze the assets of Apple Daily, worth around HK$18 million (US$2.32 million).

This series of actions directly led to the closure of the paper, which announced on June 23 that the June 24 edition would be its last.

According to the South China Morning Post, on June 27, Fung Wai-kong, 57, the editorial writer of the English version of Apple Daily, was arrested at Hong Kong airport before he could board a flight to leave the city. The regime claimed that Fung had violated the NSL.

Tonight an Apple Daily editor was arrested at HK airport under the NSL. His name is Fung Wai-kong (馮偉光) & used the pen-name 盧峯.

He was my editor & would receive my columns in English & Chinese.@DominicRaab this man was attempting to board a flight to London. Do something. pic.twitter.com/MInMIXPxPA