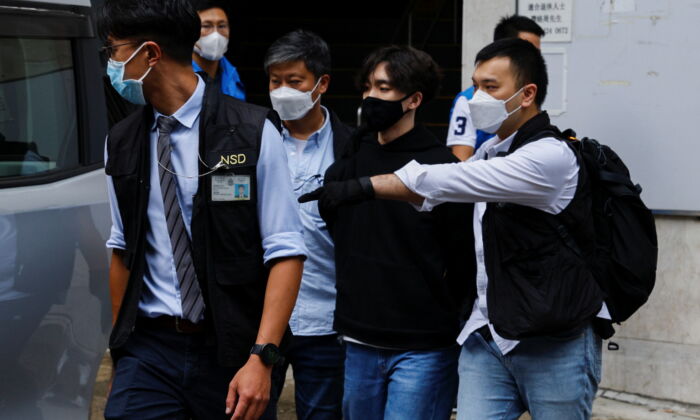 The three were arrested on suspicion of conspiracy to incite subversion, according to Li Kwai-wah, senior superintendent of the police national security division.

They are accused of using social media and setting up street booths to disseminate messages that endangered national security, even after the national security law came into effect last year.

Police said the messages incited hatred toward the government and urged others not to obey the laws of Hong Kong.

The student group, which was set up in May last year, is one of the few pro-democracy political organizations left in Hong Kong. Many political and opposition groups have ceased to operate following the implementation of the national security law.

Critics say the national security law and electoral changes restrict freedoms Hong Kong was promised it could maintain for 50 years following the territory’s 1997 handover to China from Britain, which ruled the city as a colony beginning in 1841.

More than 140 people have been arrested under the security law, which outlaws secession, subversion, terrorism, and foreign collusion to intervene in the city’s affairs.