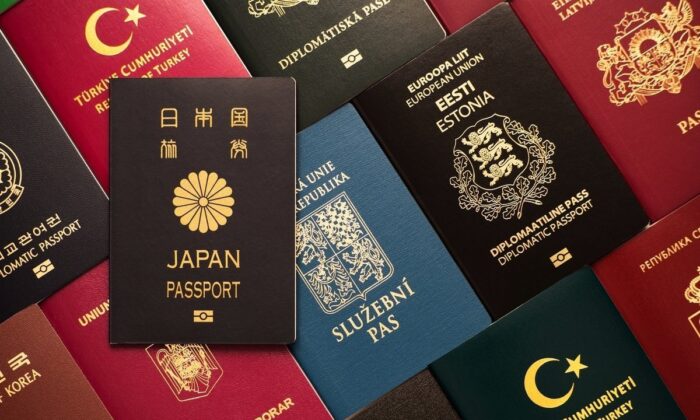 The Hong Kong passport ranked 18th among the world’s best travel documents, with hassle-free entry to 171 destinations, according to the latest ranking by London-based immigration consulting firm Henley & Partners.

Singapore and South Korea share second place with hassle-free entry to 192 countries. Passport holders from these countries can visit 192 destinations with visa-free or visa-on-demand access worldwide.

Released on July 19, the quarterly report ranks each country’s passport according to the number of destinations their holders can access without a prior visa. The Henley Passport Index compares the visa-free access of 199 different passports to 227 travel destinations.

The United Kingdom and the United States ranked sixth and seventh with hassle-free access to 187 and 186 countries, respectively.

Canada, Australia, the Czech Republic, Greece, and Malta all shared eighth place in the ranking.

In a July 19 release announcing the rankings, Henley & Partners said research conducted by comparing a country’s visa-free access with its Global Peace Index score showed a strong correlation between a nation’s passport power and its peacefulness.

The lowest-ranking nations were mostly represented by non-democratic countries, with Afghanistan having the lowest score of 27 destinations available with visa-free or visa-on-arrival access.

Stephen Klimczuk-Massion, a fellow at Oxford University’s Saïd Business School, said in the release that the value of a passport has taken on new significance in light of increased global turbulence due to factors such as the pandemic, war, inflation, and political instability.

“Now more than ever, it’s a mistake to think of a passport as merely a travel document that allows you to get from A to B,” he said.

“The relative strength or weakness of a particular national passport directly affects the quality of life for the passport holder and may even be a matter of life and death in some circumstances.”

The release also noted that passport holders with the greatest global access, namely those hailing from the Asia-Pacific region, are the “most restricted and reluctant to enjoy their travel freedom,” based on data from the International Air Transport Association (IATA).

Bogdan Diordiev contributed to this report.