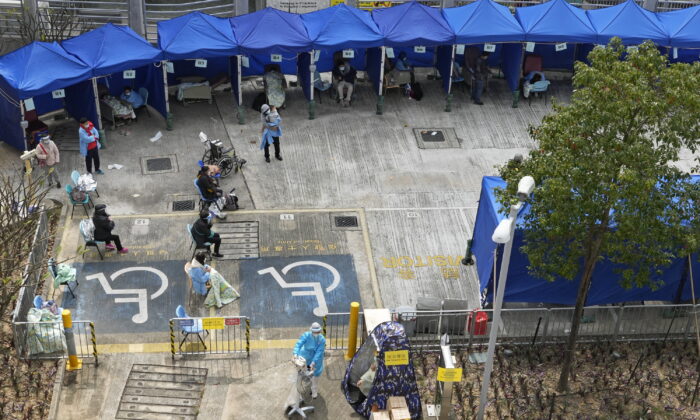 The government has planned to have all 7.5 million residents be tested for the CCP (Chinese Communist Party) virus—commonly known as the novel coronavirus—beginning March, local media The Standard reported, citing unnamed sources.

Officials proposed that each resident undergoes three tests, and those who fail to comply would be penalized HK$10,000 ($1,282).

Hong Kong plans to increase its daily testing to 300,000 by the end of the month, but due to the city’s low testing capacity, some samples may need to be shipped to Shenzhen in China, the report stated.

The Standard also said that the government scrapped plans to enforce lockdowns on districts to test residents for the CCP virus, fearing that it would have a greater impact on the people.

Hong Kong’s number of daily cases reached an all-time high of 6,116 on Thursday, nine of which were imported cases, according to the Health Ministry.

On Wednesday, Xi reportedly told Hong Kong’s government to “mobilize all power and resources to take all necessary measures to ensure the safety and health of the Hong Kong people and ensure the stability of the society.”

In response, Hong Kong Chief Executive Carrie Lam said that her government will follow “the important instruction … [and] assume the main responsibility to stabilize the epidemic situation early as the overriding mission at present.”

He pointed out that China’s zero-COVID strategy was designed in the past when there was no vaccine available during the early stages of the CCP outbreak, and added that the strategy might not be effective in eradicating the new highly transmissible Omicron variant.

“The CCP has turned the anti-epidemic into political propaganda, or a national battle that must be won but not defeated in politics. It is inevitable to fail when things at the level of medical and scientific knowledge are raised to the level of politics,” Huang said.