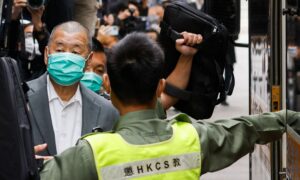 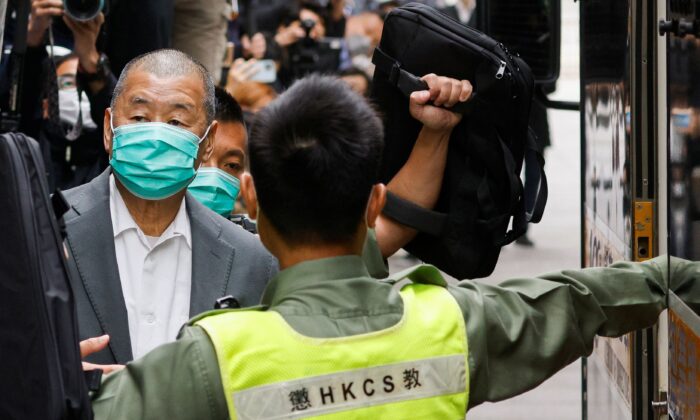 HONG KONG—Jailed Hong Kong media tycoon Jimmy Lai has been arrested and accused of assisting one of 12 fugitives who were fleeing the city before China captured them at sea last year, his Apple Daily tabloid and local newspaper Oriental Daily reported on Feb. 17, without citing a source.

Lai, detained while awaiting a bail hearing earlier in the week, was already facing charges of colluding with foreign forces under a sweeping national security law that Beijing imposed on Hong Kong last year.

The 12 fugitives could face potential charges in Hong Kong over mass pro-democracy protests in 2019, with Andy Li—whom the papers identified as the person Lai was suspected of helping—being investigated for suspected national security crimes.

Neither newspaper gave further details. It was unclear if the national security law extends to the assistance Lai is suspected to have given Li.

Police didn’t immediately respond to a request by The Epoch Times for comment.

The Chinese Coast Guard captured the 12 fugitives in August as they tried to flee Hong Kong in a boat believed to be headed for Taiwan; all were held virtually incommunicado in a mainland China prison until trial in late December.

Ten were jailed for terms ranging from seven months to three years for illegally crossing the border or organizing the crossing, while two minors were returned to Hong Kong.

Lai was already the most high-profile person to be charged under the new security law.

Prosecutors allege that in statements he made last July 30 and Aug. 18, he encouraged foreign interference in Hong Kong‘s affairs. Lai was arrested during an August raid by about 200 police officers on the newsroom of his Apple Daily, known for its feisty and critical coverage of the Chinese regime and the pro-Beijing Hong Kong government.

Beijing imposed the new law on the former British colony last June, after months of pro-democracy protests, to target anything that the regime considers subversion, secession, terrorism, or collusion with foreign forces, with maximum penalties of life imprisonment.

Critics say the law aimed at crushing dissent and erodes freedoms in the financial hub.