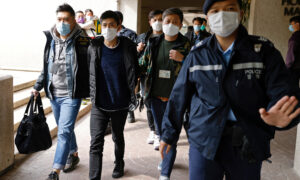 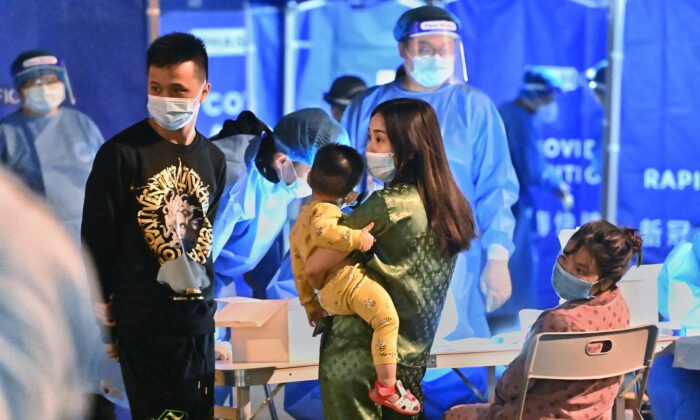 Hours after the Jordan area re-opened after a 48-hour lockdown, the Hong Kong authorities locked down the Yao Ma Tei area in Kowloon.

Starting from 7 p.m. on Tuesday, residents at 15-27 Pitt Street and 3 Tung On Street are required to complete CCP (Chinese Communist Party) virus testing by midnight. All are prohibited from leaving the “restricted area” until the compulsory testing is complete.

Hong Kong Chief Executive Carrie Lam said at her weekly briefing earlier on Tuesday that future lockdowns will involve fewer streets and be more sudden than the Jordan one.

On Tuesday, Hong Kong Public Opinion Research Institute (PORI) released the latest polls based on a Jan. 18 to 22 survey. Regarding the satisfaction of the Hong Kong government, 61 percent were dissatisfied versus 16 percent satisfied.  The 1,011 surveyed are Cantonese-speaking Hong Kong residents aged 18 and up, according to PORI, a continuation of the Public Opinion Programme (POP) of The University of Hong Kong (HKU).

Kin Kwok Lai, a senior lecturer with the Department of Social Sciences at the Caritas Institute of Higher Education, said that the poll numbers reflected citizens’ dissatisfaction with the instability of government decisions. He gave an example of the recent U-turn decisions on the annual Chinese New Year fair, also known as flower markets.

Over a dozen flower markets are usually held across Hong Kong during the Chinese New Year time, with the biggest one at Victoria Park. On Jan. 8, the government announced canceling all 15 flower markets due to the pandemic. Ten days later, it resumed the fair by cutting the scale to about half.

He added that some farmers decided to rent a store on their own, instead of going with the government’s arrangements. With more CCP virus cases confirmed and areas locked down, the uncertainty of another cancellation is on the rise.