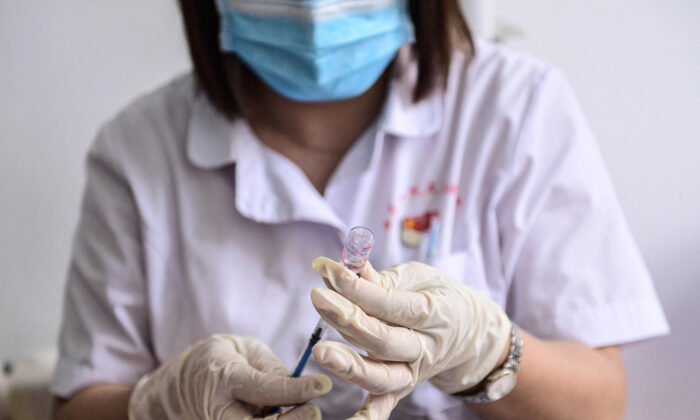 He had previously taken three shots of China’s Sinovac COVID-19 vaccine and very recently participated in a mixed-vaccine study in which he took two additional shots.

Tang, a member of the Legislative Council of the Federation of Trade Unions, signed up to participate in vaccine clinical research at the University of Hong Kong in June.

The purpose of the study was to analyze the safety and immune response data of three inactivated vaccines at the research stage—Sinopharm’s BIBP and WIBP against the Omicron variant, as well as another vaccine against the wildtype strain.

Participants are required to be fully vaccinated—having received two or three doses of COVID-19 vaccines—before the clinical study.

The entire study would take about 13 months, including vaccinations, follow-up visits, and follow-up calls.

According to local media in Hong Kong, Tang said on July 28 that he had completed the two doses of the vaccine for the study, feeling energetic with no side effects or discomfort. “Plus the three Sinovac injections I took before, the protection is greatly enhanced,” he was quoted saying.

It is possible that—unknown to him—he may have been given placebos for the two shots he received in the vaccine trials.