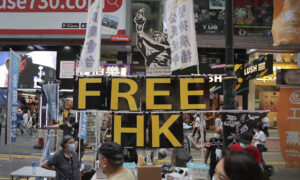 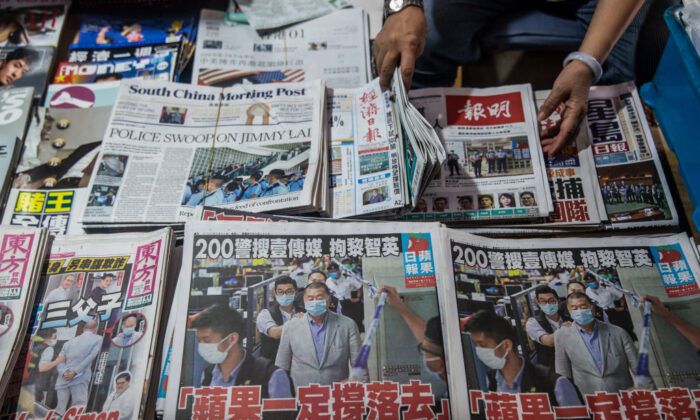 The Hong Kong Bar Association (HKBA) has urged the city’s justice minister to defend the judiciary after a local pro-Beijing newspaper condemned a recent court ruling that found that police’s failure to display identification numbers violated the city’s Bill of Rights.

On Nov. 23, HKBA, a prominent lawyer’s group in the city, published a statement and a copy of a letter it sent to Hong Kong’s Justice Secretary Teresa Cheng voicing concern about a Nov. 20 article published by local newspaper Ta Kung Pao. In the letter, HKBA said it was in “utter dismay and astonishment” over what it described as a “virulent article attacking” the ruling of Judge Anderson Chow against the city’s police force.

The newspaper’s front page had the headline “Thugs rule, no human rights for policemen – High Court ruled police officers not displaying their identification violated human rights law.” The article was accompanied by a cartoon showing a violent protester saying to a police officer “Show me your number, the judge backs me.”

HKBA said in its letter that the article “conveys a message that Chow J was partisan and biased in favor of protesters or supported criminal activities,” adding that the piece “hovers on the margins of a contempt of court.”

In its statement, HKBA said: “Members of the public have the right to discuss and criticize judicial decisions through rational discourse and debate. There is, however, no justification whatsoever for exerting pressure on Judges in an attempt to persuade them to decide cases one way or another.”

HKBA called on Cheng to view the matter and take appropriate action, since it was the duty of the justice minister to defend the judiciary and judges against “the pernicious accusations made in the newspaper article.”

Hong Kong’s basic rights have deteriorated since Beijing imposed a national security law on the city on June 30, which punishes vaguely-defined crimes such as secession and subversion. Most notably, the city’s legislature is now without an opposition camp after four lawmakers were disqualified and the subsequent mass resignation of all pro-democracy lawmakers. Under scrutiny now is whether Hong Kong’s once widely respected judicial system can remain independent.

On Nov. 19, Chow ruled that the city’s existing mechanism to file complaints against the police was “inadequate,” and the Hong Kong government was under a “duty” under Article 3 of the Hong Kong Bill of Rights to establish and maintain an independent complaints mechanism.

“[T]he existing complaints mechanism involving the Complaints Against the Police Office, with oversight by the Independent Police Complaints Council (IPCC), is inadequate to discharge this obligation,” the court stated in its judgment.

An independent inquiry into police violence during recent pro-democracy protests has long been one of the demands of protesters who took to the streets from mid last year against a now fully-scrapped extradition bill. However, Hong Kong leader Carrie Lam has refused to meet this demand saying that IPCC was sufficient to deal with police complaints.

Chow also ruled that the Hong Kong police were wrong not to wear their identification badges.

“Otherwise, victims of police ill-treatment would be entirely or largely at the mercy of the Force,” the judgment said.

During months of street protests last year, riot police often refused to wear their badges to avoid being the targets of doxxing (the publishing personal details online) by protesters. However, the police’s decision made it difficult for people to identify officers involved in their complaints.