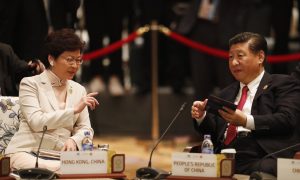 'Whoever Created This Mess Will Have to Fix It': Xi Criticizes Hong Kong Government's Handling of Protests
0 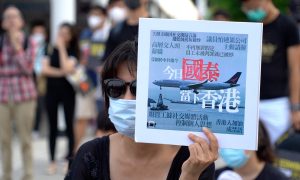 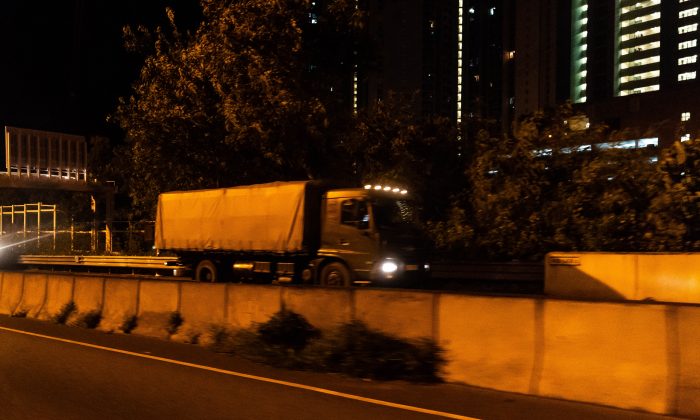 Beijing’s troop rotation at its army garrison in Hong Kong in the early hours on Aug. 29 was not routine, said a Hong Kong lawmaker.

At around 4 a.m. local time, China’s state-run media Xinhua announced that the overnight movement of its People’s Liberation Army (PLA) was the 22nd troop rotation since Hong Kong’s sovereignty was handed back to China in 1997. It added that it was a “normal routine annual rotation.”

According to Hong Kong media, Chinese military vehicles, including armor vehicles and troop-transporting vehicles, were spot passing through roads in both the New Territories and Hong Kong Island. Hong Kong police were also spotted escorting these vehicles.

After the completion of the troop rotation in the morning, Xinhua announced that China’s military will make even greater “new” contributions to maintaining Hong Kong’s prosperity and stability, citing the PLA garrison in Hong Kong.

“I don’t believe that, given the sensitive timing that we have right now, that this is anything routine,” said Civic Party lawmaker Dennis Kwok about the troop rotation, during a radio program by local broadcaster RTHK.

Kwok added: “I believe it’s a deliberate posture on the part of the PLA to tell, or warn, the Hong Kong people that they may be deployed.”

The troop rotation came amid a crisis in Hong Kong that is now in its 12th week. Millions of Hong Kongers have now regularly participated in marches and rallies in protest against a now-suspended extradition bill.

Many have viewed the bill as Beijiing’s encroachment on Hong Kong’s judicial independence, when the former can extradite suspects from the city and be put on trial in the communist party’s courts, which are notorious for being used by Beijing to silence critics and punish dissidents.

The threat of a military crackdown against Hong Kong protesters by the Chinese Communist Party has been a heightened concern for weeks, ever since Chinese armored troops began gathering and holding trainings at Shenzhen—a Chinese city that borders Hong Kong.

Whenever the #PLA said anything about “usual routine” and according to their law, it’s always trouble. They are “testing water.” https://t.co/zAUZDdOdAj

The Chinese troop rotation came just two days before the planned march for Aug. 31 by the Civil Human Rights Front (CHRF), the main opposition group behind the Hong Kong protests. At around noon, CHRF published on its website that local police had rejected its application for a permit to hold the march.

Nikki Haley, former U.S. ambassador to the United Nations, also warned of any Chinese military attack in Hong Kong, in her opinion article published with Fox News on Aug. 28.

“If China attacks Hong Kong, then business as usual with China must come to an end,” Haley wrote. “It would show the developing countries that China is an unsafe partner. It would show China’s trade partners it cannot be trusted.”

She added: “Such a Chinese attack would show the world once again the stark difference between how free [countries] and dictatorships operate. And that’s why Hong Kong matters.”