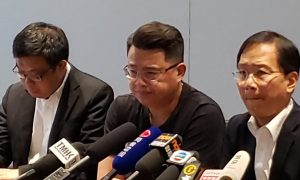 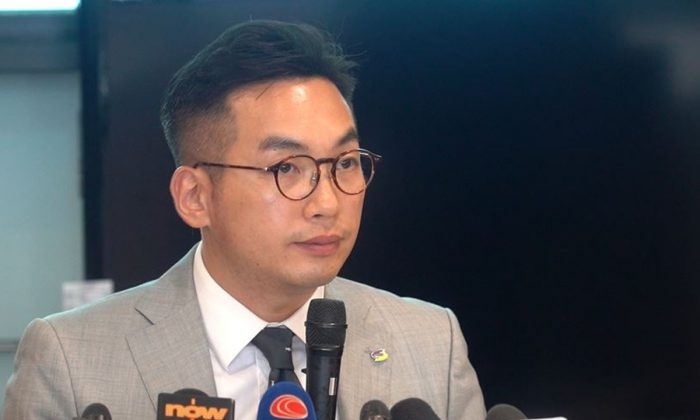 Alvin Yeung, Leader of the Civic Party and a member of the Legislative Council speaks at a press conference at LegCo in Hong Kong on September 17, 2019. (Shenghua Sung/NTD News)
HK Current Affairs

HONG KONG—Discrepancies in log entries from the fire department has come to light regarding an incident on August 31, when police stormed a local metro station and began beating passengers indiscriminately in an attempt to subdue and arrest suspected protesters.

That evening, many protesters were returning home after participating in a mass march that was banned by police, to call for the withdrawal of a controversial extradition bill. The city government has since announced that the bill will be formally withdrawn.

At a press conference on Sept. 17, Alvin Yeung, lawmaker and leader of the Civic Party, revealed fire department incident logs that he obtained, showing that the department counted 9 or 10 casualties at the start of the incident and reported these numbers to a local hospital so arrangements could be made accordingly.

“All of a sudden, after 25 to 35 minutes of silence the count dropped from 10 to 7, and 3 serious injury patients were suddenly gone,” said Yeung in an interview with The Epoch Times. “So what had happened, we do not know. It’s up to the government to clarify.”

Three anonymous fire department staff members also appeared via video conference in hats, sunglasses, and masks to explain the discrepancies in the records.

Yeung explained that records in the logs were changed.

“We can see from the log that there were changes made on either the 3rd of September or the 10th of September,” said Yeung. “We do not know to what extent the logs got amended or got changed, we can only see that some changes were made.

Many citizens believe that some have lost their lives that night, with many local residents building a shrine outside the metro station, leaving flowers and offerings for the victims.

“We’re just asking questions, and it’s up to the government to clarify with the public,” said Yeung.

Meanwhile, Lam Cheuk-ting, lawmaker from the Democratic Party, told The Epoch Times that the police and the metro operator, Mass Transit Railway (MTR), should release any surveillance camera footage they have—to clarify what happened that night.

“If they fail to disclose that information, I strongly believe that the general public will still cast serious doubt on the incident and the credibility of the police force and the government will be undermined further,” said Lam in an interview.

Pro-democracy lawmakers are also urging the government to conduct an independent investigation into the police force, one of the main demands of protesters.

Many citizens find it suspicious and incriminating that the MTR won’t release the unedited footage of what happened inside Prince Edward station on August 31, and that journalists on site that evening were made to leave the premises.