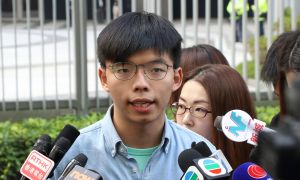 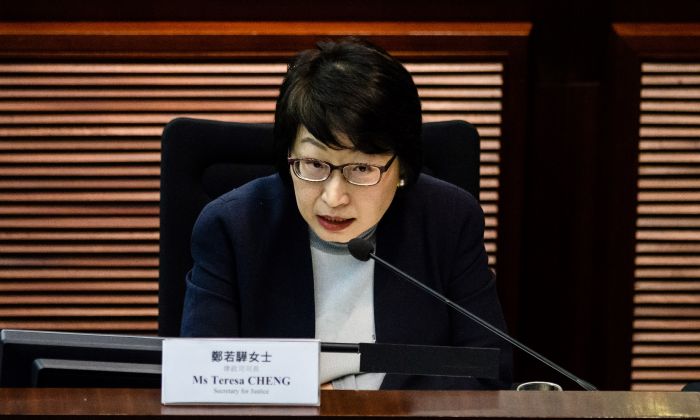 For the first time, the Hong Kong government has confirmed that it is evaluating the Emergency Regulations Ordinance, a sweeping law that many fear would allow the government to declare a state of emergency and clamp down on protests.

Since June, millions of Hongkongers have attended nearly 50 marches and rallies against a controversial extradition bill, which proposed allowing people to be transferred to mainland China for trial, where there is a history of human rights violations and an opaque legal system. Many feared that the bill would erode the city’s autonomy from the Chinese regime. In 1997, the territory reverted from British to Chinese rule with the express guarantee that its freedoms and autonomy would be preserved.

After immense public pressure, Hong Kong leader Carrie Lam announced on Sept. 4 that the bill would be formally withdrawn. However, protesters said they would continue to advocate for their other demands to be heard, including government reforms to allow for open, free elections and an independent investigation into police use of force during demonstrations.

The city’s justice secretary Teresa Cheng, who was a chief backer of the extradition bill, said during a public event on Sept. 11 that the government was evaluating the emergency ordinance and looking into a bill that would ban protesters from wearing masks. Many citizens who participate in protests choose to wear masks in order to protect their identity—for fear of reprisal from Hong Kong or mainland Chinese authorities.

The Hong Kong Emergency Regulations Ordinance, also called the Emergency Law , was formulated in 1922 by the British colonial government.

At an Aug. 27 press conference, when a reporter asked whether Lam would consider using this ordinance to quell protests, Lam gave a vague response, saying that “All laws in Hong Kong, if they can provide a legal means to stop the violence and chaos, the government has a responsibility to look into it.”

The city legislature’s pro-democracy camp, as well as rights groups, condemned Lam for such remarks.

Local media HKC News quoted barrister Geoffrey Yeung Ka-wai as saying: “The Emergency Law is out of date and should be abolished.”

Yeung added that the law is a product of colonialism, and creates an atmosphere of “white terror,” meaning a climate of fear.

At a local summit to promote Beijing’s One Belt, One Road initiative, whereby the Chinese regime invests in infrastructure projects overseas to boost its geopolitical influence, Teresa Cheng Yeuk-wah said in her speech that the Hong Kong government was evaluating “the different effects of implementing this law.”

She added that the government has been studying other measures to bring the months-long protests to an end, including introducing a bill to ban protesters from hiding their faces.

In late August, pro-Beijing lawmakers in the city’s legislature called for an “anti-mask” law, by which they said people would not dare to protest on the streets if they knew that the government could potentially track them down and arrest them.

Local and international critics have expressed alarm at the law’s potential impact.

The Hong Kong Internet Service Providers Association on Aug. 29 issued an urgent statement highlighting the importance of an open internet. It said that the association was worried that the government may impose internet restrictions upon evoking the emergency ordinance.

The U.S. Congressional-Executive Commission on China also issued a statement on Aug. 29 criticizing the Hong Kong government for leaving open the idea of declaring a state of emergency.

“Evoking the Emergency Regulations Ordinance or taking steps toward martial law in Hong Kong is the wrong way to resolve the situation,” the commission stated in a Twitter post.

Speaking on Commercial Radio Hong Kong, Felix Chung Kwok-pan, leader of the Liberal Party in Hong Kong, predicted that invoking the law could lead to “an evacuation of foreign nationals and the withdrawal of foreign investment.”