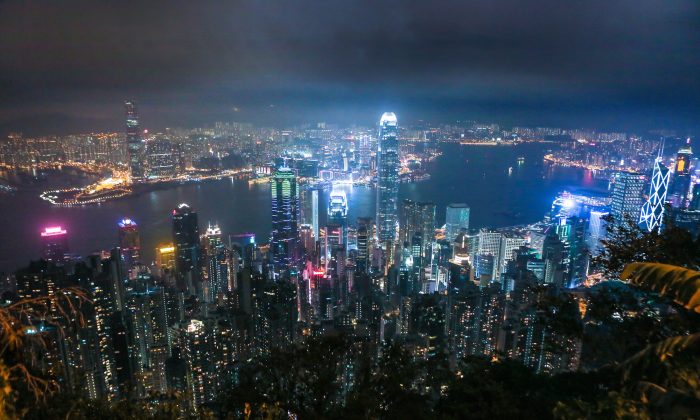 While technology has changed for the better, my recent visit to Hong Kong this year confirmed my fears that virtually everything else is rapidly changing for the worse.

“Hong Kong is sinking,” my former flatmate, a local Chinese, says. The “One Country, Two Systems” principle seemed to hold up at least until that time in 2009, and the city continued to provide ample opportunity for local Chinese as well as foreigners alike. Low taxes as well as the excellent infrastructure and efficient bureaucracy did the rest to lure in workers from India to the United States.

Not so anymore. Most of my Western friends, all in senior positions in the financial industry, are on their way out. They complain about rampant pollution and gray skies.

They complain about Chinese Communist Party (CCP) interference in media and education and blame mainland Chinese policies for the problems. “This is not a great place to raise a family,” an Australian friend who works in research says. He is planning on going back to Australia in the next few years.

Another investment banking friend who is moving to Singapore this year talks about the “Gweilo discount.” This phrase describes white people (called gweilos in Hong Kong) who are being discriminated against not only by their Cantonese brethren but also by new competition from the mainland.

Hong Kong, where people once aspired to learn and speak English, has become a tough place if you don’t speak Chinese.

Other factors are not related to the mainland but are equally relevant. “I will probably die being a director,” says a Chinese friend who also works in finance. Similar to the other two, she doesn’t have high hopes of getting promoted to managing director.

If promotion opportunities are scarce and salaries don’t rise as fast as anticipated, Hong Kong loses a lot of its appeal; and places like Australia, with a more family-friendly lifestyle, become interesting. She is playing with the idea of moving to New York.

Both locals and Westerners also dislike the endless stream of mainland tourists who come to Hong Kong mainly for shopping and crowd the streets. “They buy all the baby milk powder and now we don’t have any left,” a local woman, who also holds an American passport, says.

In terms of the general business environment, the flatmate sees great risks for Hong Kong if mainland China further eases capital controls and opens to commerce. “If the mainland is completely open, what do you need Hong Kong for?” he says.

Edward Chin of 2047 HK Finance Monitor, a pro-democracy group, sees another risk. Even if there is democracy, more and more mainlanders are getting Hong Kong residency and are bound to vote for pro-CCP candidates. “We don’t have a lot of time until 2047,” he says.

In 2047, the “One Country, Two Systems” principle will end and Hong Kong will be completely under communist rule. The best-case scenario for Hong Kong: Thirty years of real democracy to hold on to its liberties as long as it can.