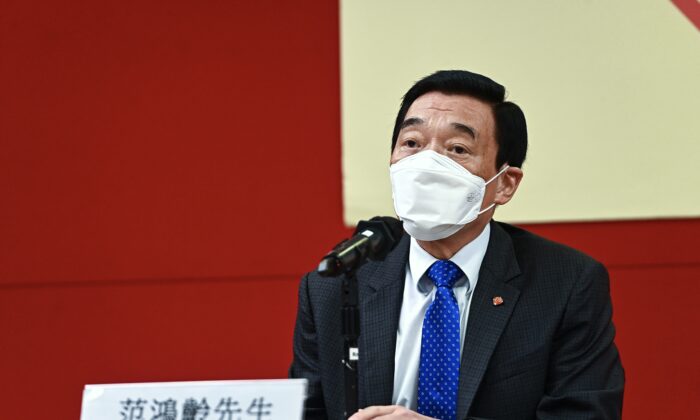 Hong Kong Hospital Authority: Mainland Doctors Will Be With Us Soon

In recent years, there has been a wave of emigration from Hong Kong, and a large number of talents have been lost from all occupations. The Hong Kong Hospital Authority (HA) said on June 23, 2022 that there is a shortage of medical care staff in Hong Kong. To date about 10 percent of the staff has been lost. To remedy that, in the second half of 2022 it plans to launch the “Greater Bay Area Doctor Exchange Programme” and introduce senior doctors from mainland China. It is expected that the first batch will be for 5 to 10 doctors. However, some front-line public hospital nurses have criticised that the measures will not help in solving the current problem of front-line medical staff shortage. Instead, they say the HA should improve the working conditions at public hospitals and reexamine the salary structure of the rank-and-file medical staff.

Since April 2021, about 500 public hospital doctors have resigned, accounting for 7.9 percent of the total in this grade; at the same time, 2,600 public hospital nurses have resigned, a turnover rate of 9.5 percent. According to the Health Manpower Projection for 2020 released by the government earlier, it is estimated that by 2030, Hong Kong will lack about 1,600 doctors, and by 2040, the shortage will grow to more than 1,900. When the said projection was released, Hong Kong had not yet experienced the current large-scale wave of emigration.

The HA held a meeting on June 23, 2022. Chairman Henry Fan Hung-ling pointed out that the target candidates for the said “Programme” will be mainland doctors who had taken part in the anti-pandemic work in Hong Kong recently. He also tried to assure the public that all will be done with patients’ welfare in mind and should also comply fully with relevant codes of practice in both places. He stressed the sole intention of the programme is to increase manpower.

Dr. Arisina Ma Chung Yee, former president of the Hong Kong Public Medical Doctors’ Association, queried during an interview with the Epoch Times, whether these measures to introduce doctors from the Greater Bay Area (GBA) of mainland China are for “retaining and increasing the number of people, or driving away the local Hong Kong medical staff. Everyone knows it well.” She sighed. “When Hong Kong people have the same fate as the Muslim Uyghurs in Xinjiang who are forced to eat pork dumplings, how much more room do we still have remaining to discuss reasonableness, choice and quality?”

In another interview with the Epoch Times, Lau Hoi Man, a nurse at a front-line public hospital, analysed that the introduction of doctors from the GBA, while at the same time maintaining low-interest housing loans for local staff, could not alleviate the shortage of front-line medical staff, never mind retain them. The key problem, from Lau’s view, was that working in public hospitals is hell, the working environment is harsh, and the problem had been there for a long time, only the HA chose not to take it seriously.

Lau emphasised that the HA should improve the overall working environment of public hospitals and re-examine the salary structure of medical staff in order to retain people. Because the working environment and salary packages of public and private hospitals are quite different, many medical staff prefer to work in private medical institutions. In addition, he criticised the HA for being “top heavy,” often opening new management positions that are not related to the front-line, for example, it recently announced the addition of assistant consultant nurses.

He took the North Lantau Infection Control Centre and the Penny’s Bay Community Isolation Facilities as examples. Earlier, both hired some department heads on a monthly salary of about HK$100,000 (around US$12,740), and they were not related to front line activities. All these new positions could not help in relieving the work pressure of front-line medical staff at all.

When asked if he would be worried about being “robbed of jobs” by nurses from the GBA in the future, Lau responded that until now the government has not exempted foreign nurses from taking the qualification examination required to practise in Hong Kong. “As the pass rate of such examinations is not that high, if they can really pass them, with their qualification fully assessed, I would even welcome them to come and practise here.” He believes that the government should stick with the well proven practice examination system to safeguard the quality of all nurses, and never exempt non-local nurses from being able to practise without full qualification process prior to registration.

Introducing Doctors From the GBA Is No Cure

Chung Kim Wah, former assistant professor in applied social science at the Hong Kong Polytechnic University, described in an interview with the Epoch Times that the problem Hong Kong is currently facing is like a “bucket with many holes,” with water constantly draining away. He believes that the HA has barely 4,000 doctors but needs to meet more than 95 per cent of the demand for in-patient services in Hong Kong. The loss of such a large number of medical staff in the HA is “catastrophic.”

Chung’s analysis pointed out that the main reason for the loss of manpower in the HA is emigration, rather than moving to the private medical sector, which reflects that the overall supply of medical services in Hong Kong is shrinking. He described that the quality of medical services in Hong Kong is declining, only ordinary people may not feel it. For example, the latest situation shows that the waiting time for first time Otorhinolaryngology (ENT) specialist services has exceeded 14 months. The HA said a few years ago that it hoped to reduce the waiting time from the original 30 weeks to 18 weeks!

He said that he could be a living example of that. He waited 46 weeks to see a doctor the first time under the waiting list of 2011. “It can be seen that the service performance indicators are already regressing, and the decline in service quality is actually very easy for many people who receive services to feel.”

Chung pointed out that it is easier for medical staff to emigrate, because the entire world needs medical staff. “Beijing’s policy towards Hong Kong and the behaviour of the Hong Kong government are actually constantly driving away professionals. Many people who are eligible to emigrate will consider it. In the past year, surveys conducted by many different institutions have shown that the intention to emigrate remains very strong, which means that “The holes in the bucket are getting bigger and bigger.”

Regarding the introduction of doctors from the GBA, Chung believes that it is not a solution to the root cause, as there is also a lack of medical personnel in mainland China. There are also many objective constraints, including differences in language and practice within the respective medical systems.

He explained further that the medical system in Hong Kong mainly uses English as the means of communication and also archiving. Doctors and nurses write cases and drug names in English. Mainland doctors and nurses speak Putonghua and write simplified Chinese characters. At the beginning of 2022, when the so-called “Help Hong Kong Medical Team” of mainland Chinese medical staff came to Hong Kong to help fight the pandemic, the HA needed to change the clinical management system of the AsiaWorld-Expo Community Treatment Facilities to a Chinese interface, including the drug list and workflow. Dr. Tony Ling Siu-chi, president of the Hong Kong Public Doctors’ Association, revealed that Hong Kong medical staff still have to type the documents in English once again when the patient recovers and is discharged from hospital, before transmitting to the HA network.

At that time, there were reports by medical staff that the HA suggested local medical staff should “discuss and instruct” with the mainland medical team members when conducting medical procedures here. Some doctors in public hospitals have criticised that the programme may bring a decline in the efficiency of medical care instead of increasing, because it effectively asks the Hong Kong medical staff to double check and guard the mainland team. It is under this backdrop they are not too optimistic about the perceived relief of pressure on the local hospitals.

Chung bluntly said that the HA loses about five hundred doctors in a year, and even if it attracts twenty doctors from the GBA, it is just a drop in the bucket. “Hong Kong should not keep pouring water into a bucket with holes, because there is not that much water remaining. Hong Kong should ‘plug the holes’ and train more medical staff. But that takes a long time, with extremely high cost, and also easy to drain again.”