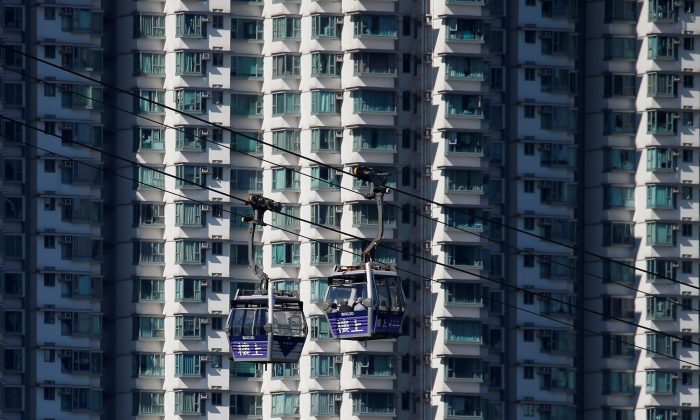 HONG KONG—Mass demonstrations in Hong Kong in recent months will have only have a short-term impact on its housing market, with pent-up demand and a shortage of land expected to support prices, realtors said on July 24.

Real estate consultancy Colliers International forecast housing prices in one of the world’s most expensive property markets will fall 4 percent in the second half, but still rise 6 percent for the full year.

Hong Kong has been rocked by a series of sometimes violent protests for over two months against an extradition bill—its most serious crisis since the city was handed back by Britain to China in 1997 but with democratic freedoms under a “one country, two systems” formula.

Tourism numbers are falling in the wake of the demonstrations, with retailers and hoteliers warning of slowing sales.

“The social incident has an impact on the market sentiment, but not yet much on prices,” said Daniel Shih, senior director of valuation and advisory services of Colliers International Hong Kong.

“Buyers are just being more prudent and adopting a ‘wait-and-see’ approach.”

He told a news conference that the fundamentals of Hong Kong’s economy and property market have not changed much, adding that expectations of lower interest rates will also support housing prices in the second half.

“From past experiences, political events have little impact on the property market,” Po said.

He forecast housing prices would rise another 3 percent to 5 percent in the second half, resulting in a gain of 12 percent for the full year.

But he expected property developers to slow their new launches in the second half, leading to a drop in overall transactions compared to the first half.