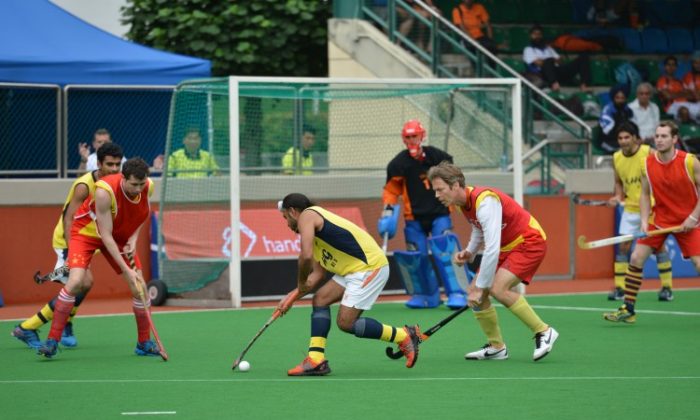 It was a pretty spectacular few days of hockey at the HKFC across the Easter weekend with the 11 a-side international as a starter and then two rounds of Hockey 5’s, as well as a full sixes tournament.

Although the sixes tournament was a little overshadowed by the international events, it still proceeded with great precision and enjoyment by the many teams and players taking part. While more local teams took part this year, teams came from as far away as Beijing and Indonesia, with two pitches fully occupied for the full two days.

There were 78 group 6’s matches that took place, followed by plate and bowl finals for men and women. Now a fixture in the hockey calendar in Hong Kong and proving that the Easter carnival continues to grow, participation in the sixes was higher this year with 14 men’s and 8 women’s teams competing, against last year’s 10 men’s and 10 women’s teams.

Unfortunately the heavens opened in the late afternoon of the final day and the main cup finals for both the men and women had to be abandoned, as did the final two international 5’s matches.

But the organisers did a great job at keeping everybody involved and happy, and the event finished with boat race finals for both the men’s and ladies cup finals, which put a light-hearted finish to the tournament.

Epoch Times publishes in 35 countries and in 21 languages. Subscribe to our e-newsletter.