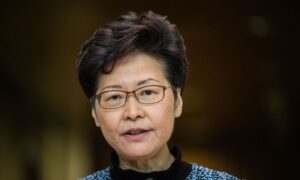 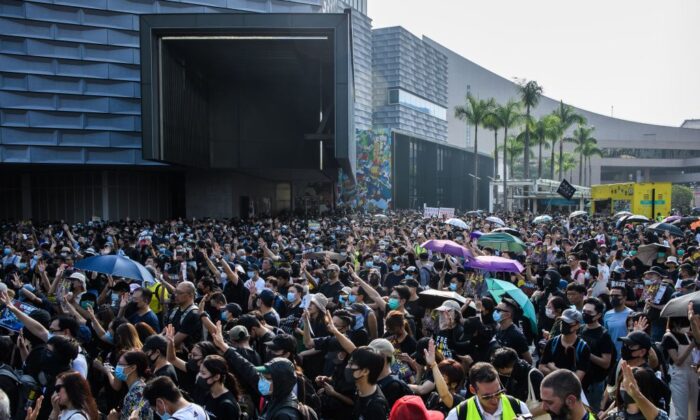 Hong Kong Government Moves to Censor Messaging on the Internet

Hong Kong has been dealt its first ruling that censors the internet after a court order was issued banning certain online messages.

On Oct. 31, Hong Kong’s High Court issued an interim injunction banning people from “disseminating, circulating, publishing, or re-publishing on any internet-based platform or medium” any information that “promotes, encourages, or incites the use or threat of violence,” according to a government press release.

The move comes just as Hong Kong braces for another weekend of mass protests.

Two such platforms were named in the press release: popular Reddit-like forum LIHKG and the messaging app Telegram.

The government of pro-Beijing leader Carrie Lam stated that these platforms and mediums “have been abused” to incite protesters to participate in “unlawful activities,” such as damaging targeted properties.

The injunction was issued at the request of Hong Kong’s Secretary of Justice and the ban will be effective until Nov. 15. According to local media Hong Kong Free Press, a formal hearing for the ban will take place on this final effective date.

It was immediately met with strongly criticism. In a press release issued on Oct. 31, pro-democracy lawmaker Charles Mok stated: “The temporary injunction sets an extremely dangerous precedent for introducing internet censorship of online speech similar to the Great Firewall of China.”

Mok added: “It is a serious breach of citizens’ freedom of expression and Hong Kong’s supposed free flow of information.”

The lawmaker questioned why the administration would bypass the scrutiny of the Legislative Council (LegCo) and instead ask for a court injunction. Such a measure, Mok argued, was in effect “quickening Hong Kong’s turn into ‘one country, one system.’”

“One country, two systems” is the basis of which Britain agreed to hand back the rule of Hong Kong to China in 1997. The model was signed by the British as it promised political and economic autonomy to the city.

However, since the handover, Hong Kong residents have complained that Beijing’s encroaching influence has impacted local politics, education, and the freedom of the press.

The current protests that started in early June, when millions took to the streets, are in part a pushback against Beijing’s influence. Protesters are also calling for greater democracy, such as universal suffrage, as well as an independent inquiry to investigate instances of police violence against protesters.

“Selectively banning online speech would put Hong Kong’s economy and in particular its innovation and technology industries in a precarious position. The government’s move is grossly irresponsible,” Mok added.

Mok warned that if the city government were to take the next step of invoking a colonial-era emergency law to require telecom operators and internet service providers to restrict internet access, it would “deal a heavy blow to the financial and professional services industries and internet industries of Hong Kong.”

The Hong Kong Internet Service Providers Association (HKISPA) had said back in August that it “strongly opposes selective blocking of Internet Services without consensus of the community.”

It warned, “Given the complexity of the modern Internet including technologies like VPN, cloud and cryptographies, it is impossible to effectively and meaningfully block any services, unless we put the whole Internet of Hong Kong behind large scale surveillance firewall.”

On Oct. 4, Lam invoked an emergency law to implement a ban on facial masks at public gatherings—a move that has since been challenged in local courts.

In a statement issued on Oct. 31, LIHKG said it had yet to receive the court injunction detailing the ban, and so it could not comment on it. However, it urged the government to listen to people’s calls, and not to resort to oppressive measures, which could damage Hong Kong’s international reputation.

Many LIHKG users have left messages voicing their support for the platform. One user wrote, “I hope you [LIHKG] do your best to safeguard my freedom of speech.”

It is unknown how the Hong Kong authorities plan to ban Telegram. The company behind the app is registered in both the United States and the UK.

Russia started banning Telegram in 2018 although its attempts have failed. The app is still widely popular.

Bruce Lui, a senior lecturer in journalism at Hong Kong Baptist University, criticized the ban as a tool that creates “white terror,” in an interview with Hong Kong media The Stand News.

Lui expressed his worries that Hongkongers could self-censor out of fear of being slapped with trumped-up charges for making comments online—much like how things are in China.