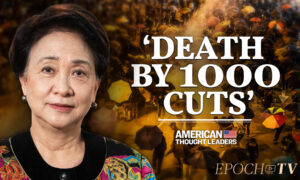 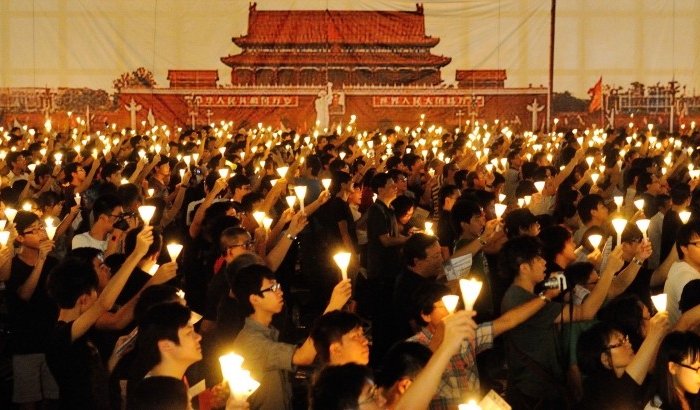 We must keep the fire of freedom in our hearts

June 4th marks 32 years since the Tiananmen Massacre. On every past June 4th since 1989, Hong Kong held a candlelight vigil in its central Victoria Park. However, this year, the Hong Kong government has banned commemoration on the grounds of preventing the epidemic. This is the second year in history that the Hong Kong police have banned the June 4th rally.

Last year, I watched Hong Kong residents defying and breaking through the police blockade to enter the park and light candles in protest.

No organization led the rally. There were no speakers or official events. Residents gathered spontaneously to mourn the victims of the June 4th massacre.

However, this defiance is unlikely to occur again this year. The Hong Kong government recently sentenced more than a dozen pro-democracy leaders on charges of organizing the pro-democracy protests in 2019. A number of activists who entered Victoria Park to mourn on June 4 last year were charged with knowingly taking part in an unauthorized assembly.

The Hong Kong government has issued a message saying that 3,000 anti-riot officers will guard the park to prohibit entry this year. There will be roadblocks and stop and searches covering nearby areas. If anything, these security measures certainly reveal that banning the rally due to concerns of COVID-19 is a guise. How do stop and searches by riot police prevent COVID-19 spread?

Victoria Park’s annual June 4th candlelight rallies proved Hong Kong’s one country, two systems autonomy under the Chinese Communist Party (CCP). For 30 years, Hong Kong was the only city in China to hold a large-scale annual vigil commemorating the Tiananmen Massacre. The candlelights on June 4th always showed a little hope for Hong Kong’s freedom under China. Now that the candlelight will disappear, I am afraid that one country, two systems is also completely darkened.

The Tiananmen Massacre Precedes the Fall of Eastern European Communism

Everyone knows that the CCP wants the world to forget the June 4th incident. The CCP sent out its army and used tanks and machine guns to suppress the Chinese democracy movement that year and killed many unarmed students. The whole incident was broadcasted to TV stations around the world.

The June 4th Incident in 1989 was an extremely important historical event in the contemporary world.

In June 1989, Poland launched its first real general election after World War II. The Solidarity party won the general election. The leader of the labor movement, Walesa, who had been in prison for many years in Poland, became the president of the country.

Beginning in the second half of the year, there were mass demonstrations in East Germany controlled by the Communist Party. The authorities hesitated in suppressing them with military force. In November, the Berlin Wall was overthrown and demolished by the people. The fall of the Berlin Wall heralded the collapse of the Eastern European Communist State Group. Immediately afterwards, communist countries such as Czechoslovakia, Hungary, Bulgaria, and Albania changed one after another. The ruling communist party either stepped down or changed its name, accepted democratic elections, and left the Soviet Union.

Romania experienced the most tragic change. Ceausescu, the leader of the Romanian Communist Party, had been in power for many years. He had all the power of the party, government, and army. After the Polish election and the failure of its Communist Party, Ceausescu was the only leader who called Soviet leader Gorbachev and asked the Soviet Union to send troops to Poland. The Soviet Union did not accept his proposal.

On the 21st of December, Ceausescu held a mass meeting intending to show his popularity with Romania’s public. No one expected that someone would suddenly chant a slogan decrying Ceausescu, and that hundreds of others would join in.

Soon after the Romanian Minister of Defense, unwilling to execute the order to suppress the dissenting rebels, committed suicide on December 22 at his home.

After the news of the minister’s death was revealed publicly, the army that originally supported Ceausescu began to turn on him.

On Dec. 25, Christmas of 1989, Ceausescu and his wife were tried and convicted of five crimes by the Provisional Military Court and executed.

Soon after, the Soviet Union disbanded under Gorbachev. With the disintegration of the Soviet Union, all the republics of the former Soviet Union also abandoned the Communist Party and established independent national states under various names of political parties.

The June 4th Incident in Beijing in 1989 indirectly led to the collapse of Communist regimes in 24 countries. Yet, the Chinese Communist Party, under Deng Xiaoping’s strategy of forbearance, continued to exist. The sacrifices of thousands of Chinese people were exchanged for freedom and democracy in Europe, but China continues to sink into the darkness of autocracy. The Chinese call this misfortune fragrant flowers blooming inside the wall.

In the past 20 years or so, I have interviewed many Chinese cultural people, intellectuals, workers, and dissidents. Many of their beliefs on freedom and human rights are born from the June 4th massacre.

“I witnessed the massacre. One of my classmates was shot near his lungs. The doctor confirmed that the bullet exploded in his body, and he was seriously injured,” wrote Chen Yonglin in a recount of the experience on that night. “At that time, I experienced the pro-democracy movement as an ordinary student. I witnessed the real history. Afterwards, the Chinese government turned the event into a political disturbance. I know the real history was forcibly rewritten.”

He later defected from China as a former diplomat, fled the country, and spoke out on intelligence and human rights crimes of the CCP, despite fearing for his own life.

There was also Hu Jia, who was only a middle school student at the time. On the night of June 3, he witnessed citizens blocking the army from entering the city with bare hands in Dongcheng District.

There are also numerous human rights lawyers who were only youthful college students at the time, watching their classmates die in protest. They have gone on to stand up against the CCP and advocate for the civil rights of Chinese citizens.

Now thirty years later, Hong Kong launched a historical protest movement of equal scale and strength. The world watched as masses of Hong Kong residents rushed to the streets to protest against the CCP for their civil rights. The feeling of it is eerily familiar to the feeling in China in 1989. Despite its power and hope, a pessimistic intuition lurks in the shadows and cannot be shaken off.

A large number of young people in Hong Kong have also paid a heavy price. The entire movement has now come to an end. Not only have the five demands pursued by the Hong Kong people failed, but political democracy and social freedom of the city have further regressed. This is very similar to what happened in China 30 years ago.

This year on June 4th, Victoria Park will no longer glow with the candlelight from residents free to openly express their beliefs. In the coming years, Hong Kong police will likely use the National Security Law to prevent Victoria Park’s June Fourth commemorative activities from happening again.

However, one thing is certain. The protest movement in Hong Kong in 2019 has mobilized a generation of young Hong Kong people. No matter how the future situation develops, they will remain in ​​Hong Kong, perhaps even China. Their beliefs and presence will influence the future development of mainland China.

We must keep the candlelight in our hearts, keep the fire of our conscience, and keep the hope of a future of freedom.