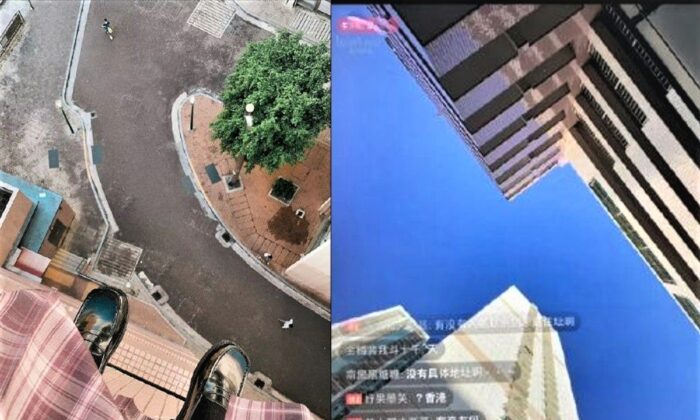 But Mainland Netizens Were Still Mocking and Ridiculing Her

The deceased’s last name was Lui, and mainland netizens called her “Yina.” “Yina has been an online game COMPASS player since 2020. She joined the game’s QQ group chat and changed her account name to “suicide if not getting the gold.” Her goal was to be one of the top ten players. But other gamers mocked and laughed at Lui for it.

Netizens also continued to verbally bully “Yina” in the “Compass BOT” (similar to a chat room). Netizens can submit messages anonymously on the BOT, and administrators will then post these writings. Netizens in Compass BOT kept targeting Yina, and the netizens’ words became more and more harsh. They even attacked “Yina” for having a maid at home and used “hating the rich” as a slogan to call for others to bully her.

This kind of Chat Bot allows netizens to vent feelings freely, and many people also call it a “toilet.”

Many people continue to attack “Yina” anonymously through QQ group chat. Under the persuasion of some netizens, she quit the QQ group chat, and the BOT also voted to stop posting messages related to Yina.

But the matter was not over. Two months later, “Yina” found out that some people continued to criticize her in her QQ space. She tried many times to ask the other party to reconcile, but her attempts were futile.

During that time, “Yina” repeatedly expressed that she had emotional problems, but netizens still pushed her to commit suicide.

Bullying and criticisms of her kept going for months. On July 26, many people suddenly requested “compass BOT” to lift the “Yina-related messages” ban.

Yina pleaded with netizens to canvass votes, saying, “I do not want to be harassed anymore.”

But the voting incident provoked criticisms from hostile netizens even more.

Being bullied by netizens led to a dead end.

“Yina” started live-streaming from a high spot of a building at around 5 p.m. on July 26, and then jumped off the building with her mobile phone. Netizens thought it was a show.

The last picture of the live broadcast was the sky and surrounding buildings.

After witnessing the live broadcast of Yina jumping off a building, mainland netizens even said, “Her phone is of good quality; it didn’t break after the fall!”

Cold-blooded messages continued to appear in the group after the incident, questioning Yina “based on what did she commit suicide?” and saying “she should have died a long time ago.” Some netizens even said, “I am underage; what can people do to me even if I forced her to jump off the building?

“Compass BOT” has since canceled the account of this bullying netizen. The account owner then apologized, saying that he hurt “Yina” only because the BOT did not review comments.