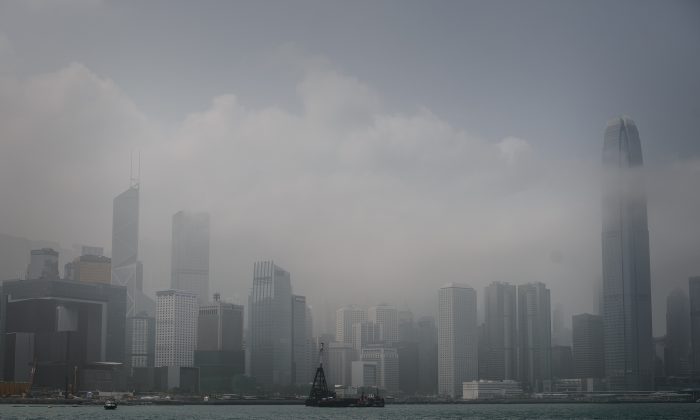 A waterfront of the Victoria Harbour where the People's Liberation Army (PLA) barracks are located in Hong Kong on Feb. 17, 2014. The new commander, Major General Tan Benhong, is a native of China’s Hunan Province and was Hong Kong Garrison Chief of Staff in 2007. (Philippe Lopez/AFP/Getty Images)
China

Many regard this as part of CCP leader Xi Jinping’s attempt to purge the Party of military forces that support Xi’s rival, former CCP leader Jiang Zemin.

The new commander, Tan, is a native of China’s Hunan Province and was Hong Kong Garrison Chief of Staff in 2007.

Shi Cangshan, an independent analyst of Party affairs based in Washington, D.C., said, “The internal objective of the CCP Garrison in Hong Kong is to have a precaution in place, so when there is warlordism in China, there won’t be mainland soldiers occupying Hong Kong.”

“Every time there is instability in the CCP regime, the Hong Kong PLA Garrison’s alert level will be strengthened,” Shi said.

Shi added that Xi Jinping authorities may be trying to stabilize the army to prevent Hong Kong soldiers from becoming out of control if there is instability in the CCP.