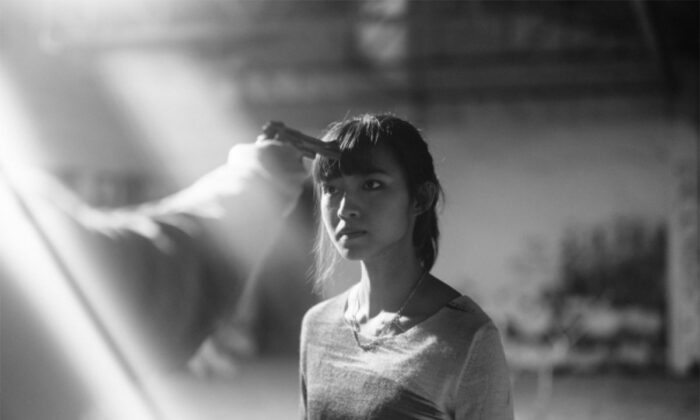 “Time, and Time Again,” a Hong Kong-made film that hinted at the mysterious death of a teenager who participated in the 2019 Hong Kong Extradition Bill protests, was excluded from the Fresh Wave International Short Film Festival. (Screenshot via The Epoch Times)
HK Current Affairs

A film about a missing Hong Kong female was excluded from this year’s Hong Kong International Short Film Festival. Some critics believe it was disqualified because it focused on the mysterious death of a teenager who participated in the 2019 Hong Kong Extradition Law Amendment Bill Movement and thus, hinted at the the true cause of death of other protesters who died at the time.

Among the films that had applied, “Time, and Time Again,” a Hong Kong-made film, was not granted approval by the Office for Films, Newspapers and Articles Administration on the last working day before its scheduled June 17 screening. Fresh Wave also canceled the film’s June 19 and 23 screenings at the Hong Kong Broadway Film Center.

The film is about a police investigation into the death of a young woman named Yan Lin who had gone missing under mysterious circumstances. The policeman who investigated found clues pointing to murder and ceremonial sacrifice. However, in the end, the case was closed and officially declared a suicide, with the police saying there was “nothing suspicious” about the death.

The film trailer includes the following caption: “I thought it was absurd enough that a homicide was being called a suicide, but this place is even more unbelievable than I imagined … no matter what happens here, we are only able to conclude that there’s ‘nothing suspicious’ going on.”

According to current affairs commentator Ji Da, the “nothing suspicious” remark by police in the film regarding the death of Yan Lin, is a hint about the many cases of unexplained deaths that happened during the 2019 Hong Kong protests.

The death of 15-year-old Chan Yin-lam is one of the unsolved protester death cases, and the film’s female protagonist’s name is a homonym for Chan Yin-lam.

Police announced that it was a suicide and said the cause of death was “not suspicious.” This caused a widespread public outcry as many people in Hong Kong believed that the police had murdered Chan, and they demanded justice for the teenager.

Since then, Hong Kong police have closed many other cases of suspicious protester deaths such as drowning and falling off buildings, calling all of them suicides and saying there was “nothing suspicious” about the deaths.

Wang Yen-bo, the director of “Time, and Time Again,” told Ming Pao news media on June 18 that the censorship department had scrutinized the film carefully, “watching almost every frame one by one.” Wang also quoted other film directors who had said that the scenes in several films showing the words “Go Hong Kong” written on the street were all deleted by the censorship department.