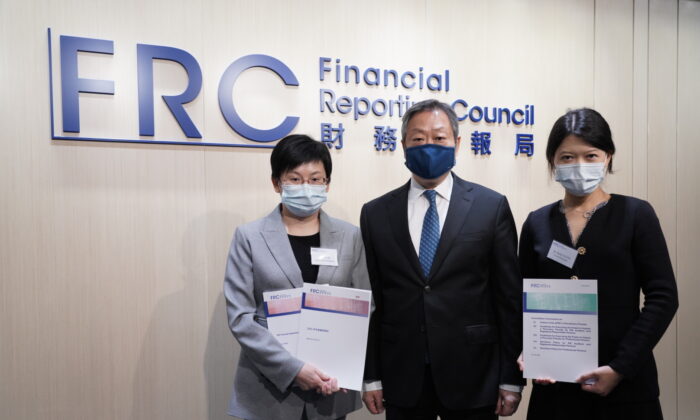 Hong Kong is facing an exodus of educated workers on a scale not seen since the early 1990s, that is impacting the city’s many functions, including auditing services.

Although the Inland Revenue Department has denied there is an emigration wave and claimed in a press release that no direct statistics are available to support the supposition, ample evidence suggests otherwise.

The report said that Hong Kong is facing challenges in maintaining audit staff at appropriate levels. In response to the situation, FRC recommends that firms decline engagements when they do not have the time and resources to conduct a high-quality audit.

Hone Kong’s exodus of skilled workers is also reflected in the 2021 World Talent Ranking, in which the city dropped to the 26th place from last year’s 18th in the “Appeal” category.

The ranking was published by the International Institute for Management Development (IMD), a Switzerland-based business school. The “Appeal” factor evaluates the extent to which an economy attracts foreign talent and retains local talent.

On top of the emigration wave, the city is also experiencing a significantly higher turnover rate.

The city’s turnover rate of accounting and legal staff reached 11 percent in 2021, a nine percent jump from the previous year, said Kelvin Wong, the chairman of FRC, in a local press briefing on June 23.

The FRC is an independent body with the statutory duty to regulate auditors of listed entities in Hong Kong. Its 2021 annual inspection report covers the financial year of Apr. 1, 2021, to March 31, 2022.

While Hong Kong is facing challenges with skilled worker shortages, primary and secondary schools in the UK have been receiving a high volume of applications for enrolment of children from Hong Kong, according to the latest data released by the UK Department for Education (DfE).

The report indicates that UK schools received an estimated 8,500 applications for school placements for children from Hong Kong for the current academic year, second only to the applications of children from Ukraine who were displaced by the Russian invasion.

The data was collected from local authorities in Britain through a survey. It covers applications and offers made for the current 2021-22 academic year, covering the period from Sept. 1, 2021, to May 27, 2022.

As the National Security Law continues to violate the freedoms and rights of Hong Kong residents, the UK began to accept BN(O) visa applications on Jan. 31, 2021, providing those with BN(O) status or a Hong Kong passport a path to immigration.

The BN(O) welcome programme enables BN(O) status holders in Hong Kong and their eligible family members to apply for visas to live, work, and study in the UK. In addition, it offers them the opportunity to obtain British citizenship after living in the UK for five years.

About 60 percent of Hong Kong BN(O) visa holders have children, according to survey results published by the UK Home Office on Jan. 31.