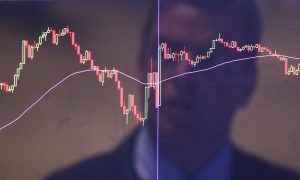 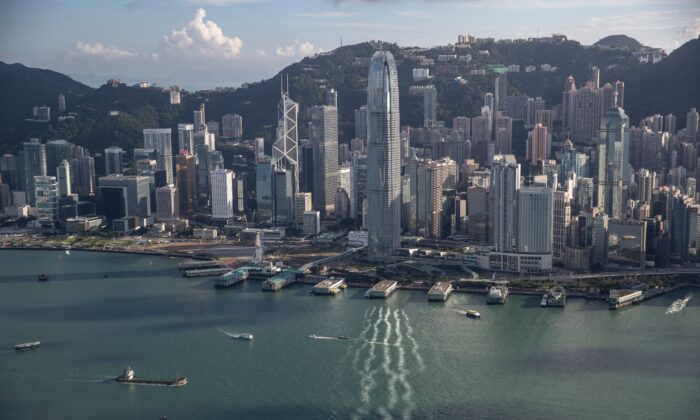 The Victoria harbor next to commercial and residential buildings in Hong Kong on Sept. 20, 2020. (May James/AFP via Getty Images)
HK Business

Hong Kong has been dropped from The Heritage Foundation’s Index of Economic Freedom this year because its economic policies are controlled by Beijing.

On Mar. 4, the Heritage Foundation released the index for 2021. Singapore ranked as the world’s freest economy for the second year. Both Hong Kong and Macau are special administrative regions of China that are no longer included in the Index of Economic Freedom. The Heritage Foundation said in its news release that the reason they are no longer being ranked is because the index “now includes only countries exercising full sovereign control over their economic policies,” and in Hong Kong and Macau “developments in recent years have demonstrated unambiguously that those policies are ultimately controlled from Beijing.”

After the release of the Index of Economic Freedom, the Hong Kong stock market Hang Seng Index fell 762 points in half a day to 29,118 points on Mar. 4.

The Index of Economic Freedom is an annual report released by the Heritage Foundation, a U.S. think tank. It covers the economic freedom scores and macroeconomic data relevant to the economic freedom of 184 economies around the world. Hong Kong topped the list for 25 years until being replaced by Singapore in 2020.

A spokesman for the Hong Kong government’s financial secretary responded to the index’s exclusion, “The decision is neither warranted nor justified. It does not do justice to [Hong Kong].”

Hong Kong Financial Industry Employees General Union president Mr. Kwok Ka Wing told The Epoch Times that the action of the Heritage Foundation reflects that the international community’s perception of Hong Kong has become worse. And the central government and the Hong Kong government should carefully consider how to meet international standards, instead of breaking international rules and going back on their words undermining the promised “one country, two systems” and hurting Hong Kong’s long-established economic foundation.

Hong Kong senior hedge fund manager Edward Chin said in an interview with The Epoch Times that the Heritage Foundation was established in 1973 and has a history of more than 40 years. It is one of the think tanks of American public policy. Therefore, the index published by the foundation will be used as a reference for doing business in Hong Kong. And this time the “economic freedom index” removed Hong Kong (and Macau), and the most important message conveyed was that the “Hong Kong Special Administrative Region has fully integrated into China (Mainland) and is no longer free.”

Chin said that Hong Kong people and international investors have raised alarms about the current environment in Hong Kong. Funds have either moved their Asian headquarters out of Hong Kong or are considering moving. Because the “political risks” and “political persecution” in Hong Kong are becoming more and more serious, as authorities can arbitrarily use the “Hong Kong version of the National Security Law” to punish businesses and professionals now, he explained. He revealed that some of the hedge funds he knows have moved out of Hong Kong to other regions such as Singapore and Tokyo.

Chin added that when Hong Kong is no longer Hong Kong, more financial and commercial institutions will choose to leave quietly.

Li Xiaotong contributed to the report.