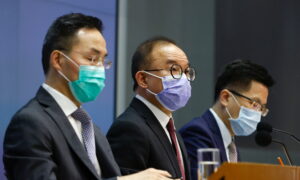 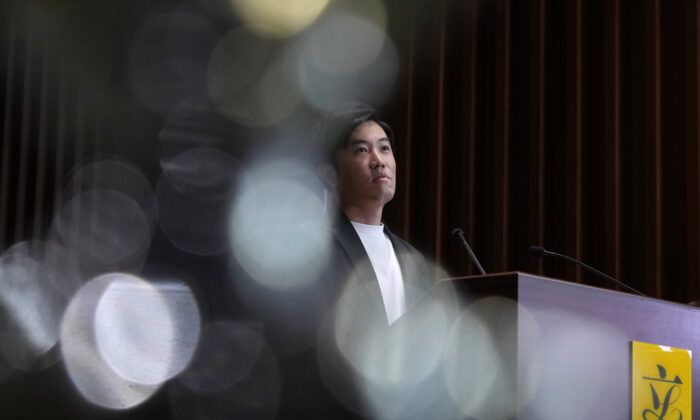 Lawmaker Cheng Chung-Tai pauses during a press conference after being disqualified from the legislature in Hong Kong, on Aug. 26, 2021. (Vincent Yu/AP Photo)
Hong Kong

HONG KONG—Hong Kong authorities ousted an opposition legislator from his seat Aug. 26 after finding him to be insufficiently loyal amid Beijing’s tightening grip on the semi-autonomous city.

Cheng Chung-tai of the populist Civic Party was disqualified from the legislature after he “failed to fulfil the legal requirements and conditions on upholding the Basic Law and bearing allegiance” to Hong Kong, the government said in a statement. The Basic Law is Hong Kong’s mini-constitution.

He was one of two remaining opposition lawmakers in the legislature, after the pro-democracy camp of legislators resigned en masse last year following the disqualification of four of their colleagues.

Hong Kong’s chief secretary, John Lee, said in a news conference that Cheng was disqualified after an opinion was sought from the territory’s national security committee, which said Cheng had failed to comply with the requirements of being a legislator. The committee was set up last year when Beijing imposed a strict national security law that effectively criminalized opposition to the government and silenced dissent.

The committee referenced negative behavior from Cheng in seeking public office, Lee said, without describing any specific incidents that led to his disqualification.

“In considering and making a decision as to whether a candidate passes the review … we will look at his previous acts and statements, what a candidate has written about, including books and articles,” Lee said.

Cheng, considered an independent opposition lawmaker, opposed a number of bills favored by the pro-Beijing camp, including electoral reform legislation earlier this year that reduced the proportion of directly elected lawmakers.

Cheng said he was not aware of any legal recourse he could seek regarding his disqualification.

“From my point of view, I think it is not meaningful to appeal or follow up on any legal procedures,” he said.

He was previously convicted of desecrating the China and Hong Kong flags after he was seen flipping them upside-down during a legislative debate, and fined $640.

Authorities clamped down on political dissent after months of anti-government protests in 2019, arresting scores of pro-democracy activists and banning protests, citing health risks from the coronavirus. Most of the city’s most prominent activists are currently behind bars.