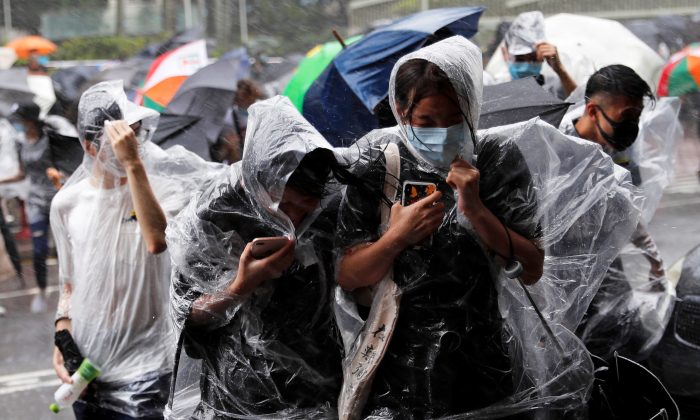 HONG KONG—Hong Kong on July 31 raised a tropical cyclone signal 8, its third highest level, as schools and financial markets closed and office workers left work early to get home before the storm.

The Hong Kong observatory said Typhoon Wipha was edging closer to China’s coast in the southwestern part of Guangdong Province, skirting about 186 miles (300 km) west of the city.

“The gale or storm signal, No. 8 is expected to remain in force for most of rest of today,” the observatory said.

The highest warning signal is 10.

The city’s financial markets shut early and would not reopen on Thursday if the typhoon signal remains at 8 or higher at 9 a.m. (0100 GMT).

Trading will be suspended for the whole day if the storm signal is still at 8 or higher at noon on Thursday.

Neighboring Macau is also expected to be affected.