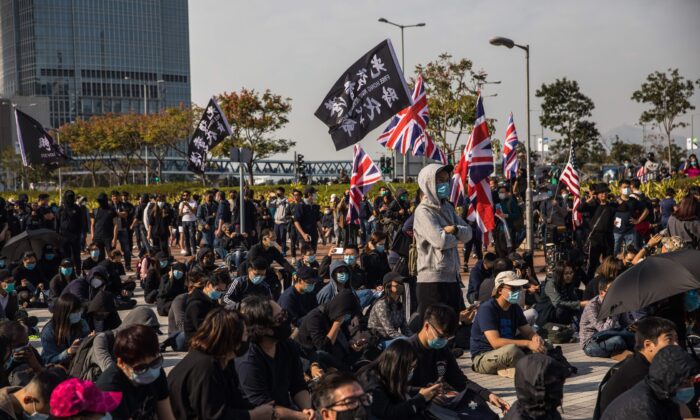 The executive director of Human Rights Watch (HRW) was denied entry into Hong Kong on Jan. 12, just days before a planned press conference there to release the organization’s annual human rights report.

Kenneth Roth first sent out a video via Twitter at around 8 p.m. local time, saying that he had landed at Hong Kong International Airport in preparation for the Jan. 15 event. But immigration authorities blocked him from entering the territory, “illustrating the worsening problem” of the Chinese regime’s overreach, he said.

China seeks to “not simply suppress the rights of people at home, but also undermine the ability of anybody else to try to hold China to human rights standards,” Roth said in the video.

In deciding to release the report in Hong Kong, he had hoped to spotlight Beijing’s assault on human rights around the world, which will be a key subject of the annual report, Roth said. He posted on Twitter a photo of the report cover, which appears to depict a recent Hong Kong demonstration.

While Roth has been able to travel to Hong Kong in the past, this time, “the Chinese government decided it didn’t want to let me in,” he said.

When he asked authorities why he was being denied entry, he said they repeatedly told him for “immigration reasons,” without further explanation.

“This disappointing action is yet another sign that Beijing is tightening its oppressive grip on Hong Kong and further restricting the limited freedom Hong Kong people enjoy under ‘one country, two systems,’” Roth said in a subsequent statement released by HRW, referring to the framework by which the Chinese regime promised to rule Hong Kong upon the territory’s handover of sovereignty to China from the UK in 1997.

“Concerned governments should take a firm stand against China’s creeping repression that massive numbers of people have protested against for months,” he said.

Since June, Hongkongers have held mass protests against Beijing’s encroachment, accusing the Chinese regime of violating its promise to respect Hong Kong’s autonomy.

Initially sparked by opposition to an extradition bill that would allow the Chinese regime to transfer individuals for trial in Communist Party-controlled courts, the protests have since broadened to include demands for universal suffrage in city elections and an independent investigation into police use of force against protesters.

HRW has been vocal in condemning Hong Kong’s pro-China government for failing to listen to protesters’ demands.

“They have limited some protests by denying permits, targeted journalists covering the demonstrations, detained first aid providers trying to help the injured, and failed to condemn Chinese soldiers’ brief but unauthorized appearance on the streets of Hong Kong,” read one statement published on Dec. 6.

The group drew the ire of Beijing early last month, when in retaliation for U.S. President Donald Trump’s signing of the Hong Kong Human Rights and Democracy Act, the regime announced it would sanction HRW and some other U.S.-based human rights organizations.

Hong Kong has denied entry to several foreign visitors in recent months, drawing concerns that the territory is being pressured by Beijing to silence critics of the ruling communist party.

Earlier this month, an American photographer who has been documenting the city’s protests was denied entry. In September last year, U.S. academic Dan Garrett, who wrote a book about Hong Kong’s history of resistance against the Chinese regime since 1997, also was denied entry.

On Jan. 12, hundreds of Hongkongers again convened at Edinburgh Place for a rally calling for international sanctions on Chinese and Hong Kong officials for human rights violations.

Ivan Chan contributed to this report.