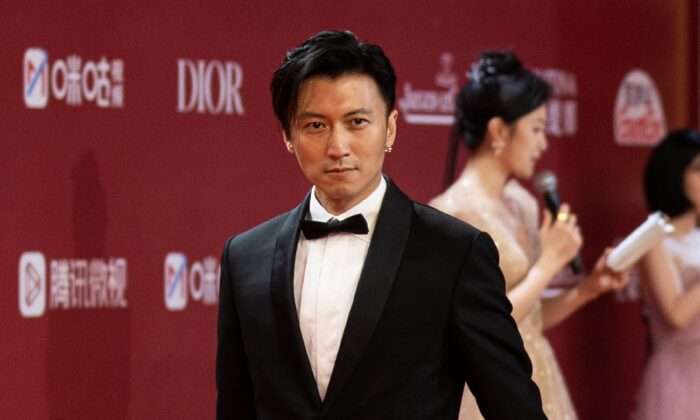 Tse’s action follows a rumor that the Chinese regime might ban foreign citizens from being movie actors in China. China’s state-controlled media recently listed over 40 famous movie directors and actors who have foreign citizenship and criticized them for not having a Chinese one.

The rumor is being considered more seriously by some because the Chinese Communist Party (CCP) regime has launched a series of crackdowns on China’s entertainment business in recent months.

On Sept. 2, the publicity department of the CCP Central Committee—the Chinese Propaganda Department—released a “notification” to criticize issues in the film and television industry, such as sky-high wages, tax evasion, abnormal aesthetics, boys’ love content, and “yin-yang” contracts, in which one contract sets out the real terms of payment while another with a lower figure is sent to tax officials.

Tse, 41, was born in Hong Kong, and has dual citizenship in Hong Kong and Canada. His announcement means he only wants to keep the Hong Kong one.

“I was looking through the reviews of my recent movie Raging Fire when I saw that some were questioning my nationality, saying that I am a Canadian,” Tse told a CCTV host on Sept. 5. “I was born in Hong Kong so, I’m originally Chinese.”

Tse then clarified that he had applied to renounce his Canadian citizenship.

In the interview, Tse repeatedly expressed his love for China. “Whether it is food, music, or action movies, no matter what kind of content or identity I play, I have always wanted to spread Chinese culture and its spirit to the world,” he said.

The Chinese regime has fined several famous Chinese movie and TV actors for different crimes, and allowed Chinese netizens to criticize actors holding foreign citizenship in the past weeks. The CCP regime tightly controls public opinion, and any content has to pass its censorship agencies before it can be posted online.

On Sept. 5, the TV drama series “The Oath of Love” was removed from Chinese TV channels’ broadcasting list. Chinese entertainment commentator Wu Qinggong commented on Monday that the series was banned because its two featured actors, Xiao Zhan and Yang Zi, have large groups of fans which isn’t allowed now by the authorities. Moreover, Xiao is famous for his boys’ love series.

On the same day, Chinese social media platform Weibo announced a ban on South Korean singer Park Jinmin for 60 days because Park asked his Chinese fans to donate to his foundations in South Korea and the United States.

In the past several days, Dong Qing, one of the most famous CCTV hosts, was criticized by Chinese netizens over her son’s American citizenship, although Dong is a Chinese citizen.

Dong explained to the public that she wanted her son to receive a better education, which angered some Chinese netizens. The netizens said Dong’s opinion is that the United States has better education than China, which they couldn’t accept.

As of press time, the Chinese regime hasn’t ruled out foreign actors, but has announced new rules for the industry and consequences for non-compliance.

On Sept. 2, the department ordered a review of actors’ qualifications, methods in place to control actors’ fans, and plans to perfect censorship and control of all entertainment programs.

On Sept. 3, Huang Kunming, head of CCP’s Propaganda Department, hosted a nation-wide video conference with directors from propaganda offices of different provinces and the central government. At the meeting, Huang ordered the regime to tightly control the film and television industry, and scrub for any content that doesn’t follow the regime’s standards, including content posted on different Chinese websites.