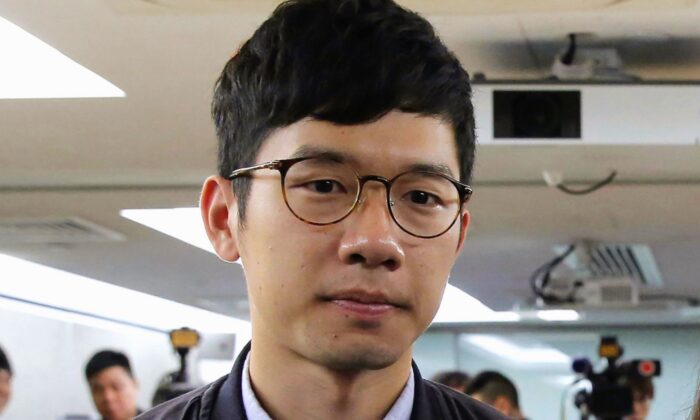 Hong Kong pro-democracy activist Nathan Law has arrived in London after fleeing the former British colony, he announced on Twitter on Monday.

“With my backpack and small luggage in hand, I boarded my night flight. I had no idea what future awaited me. Only one thing seemed certain. My destination: London,” he wrote.

Law said on July 2 that he had left Hong Kong after testifying to a U.S. congressional hearing about a draconian national security law imposed by the Chinese regime.

The law gives Beijing sweeping powers to target individuals for any acts of secession, subversion, terrorism, and collusion with foreign forces, with maximum penalties of life imprisonment.

“Thus far I’ve kept a low profile on my whereabouts in order to mitigate the risks. I never had the opportunity to deliberate much before my departure,” Law wrote on Twitter.

He said he remained “anxious and unsettled” and there was “not much to be cheerful about” on his 27th birthday.

But he had one message for the world: “Hong Kongers will never give up. We aren’t fractured. On the contrary, we’re well-equipped to face the next difficult battle.”