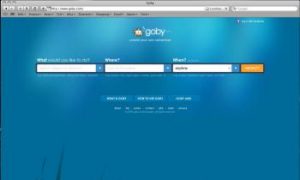 Goby.com Helps to 'Create Your Own Adventure'
0 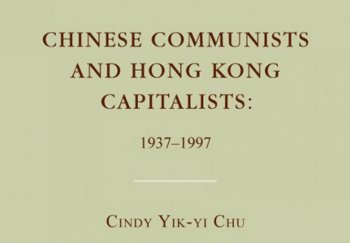 Hong Kong a Ripe Target for a ‘United Front’

[xtypo_dropcap]I[/xtypo_dropcap]t is always useful to understand the particular ways that general policies and grand stratagems play out—particularly those of one's enemies. Cindy Yik-yi Chu's new book, then, is a detailed (though relatively brief) treatment of the "united front" activities of the Chinese communists in Hong Kong over a period of 60 years.

"United front" is a Marxist-sounding term that refers to a very Marxist type of activity: the cultivation of a camp of followers, the winning over of bystanders and observers through often illicit means, the ostracization and marginalization of enemies, and the subsequent gradual encroachment of the communists' own sphere of influence and domination.

The idea of a united front was said to be one of the "three secret weapons" that enabled communist insurgents to win the civil war. By allying with the Nationalist Party at two key periods between the Communist Party's birth to when it took power, it was able to bide time, avoid danger, and build itself up.

Chu's study is useful because it shows the endless flexibility of the CCP in extending its tentacles of influence using united front tactics, specifically among a group of people that were regarded as ideological and class enemies in the mainland: capitalists.

Hong Kong had always been a "special item" on the agenda of the Chinese communists, Chu writes. In 1951, two years after the CCP had seized power, Comrade Peng Zhen said it would be unwise to be "impetuous" in dealing with Hong Kong, because it was a way for the Party to obtain foreign supplies and earn foreign currency. (One should add, too, that it was a good source of shakedown money during the Five-Anti campaign in the same year, 1951, when Hong Kong businessmen realized that "only a delicate political border has exempted them from direct involvement in the frenzied activities directed against businesmen on the mainland," as A. Doak Barnett observed. Even so, they ended up paying over millions of dollars in ransom money to get their colleagues released, who had been abducted and terrorized by Maoist henchmen.)

Chu regards the CCP's 60 year process of creating and maintaining alliances with Hong Kong's "big capitalists" (such as Li Ka-shing, currently one of the richest men in the world) as "astounding," and a distinctive episode of Chinese communist history.

Refreshingly, Chu does not use words like Chinese "government," but instead the more accurate "Chinese Communists."

Chu shows that the purpose of the CCP's activities in Hong Kong were never revolutionary, but always more subtle. Hong Kong was to be the Party's outpost to the world, she writes. Rather than overtly and aggressively dominating the territory, which would have been bad for business, the Chinese communists sought financial, banking, and commercial resources, as well as the large pool of expertise Hong Kong represented for the mainland.

Since the local capitalists control this economic power, they were often the target of co-optation, infiltration, and influence. Aside from the synoptical and contextual remarks, most of Chu's 140 pages is a detailed examination of the sinews of these tactics.

Her approach is chronological, looking at aspects of the evolving strategy at different time periods. For example, during the Sino-Japanese war (1937-1945), the overriding goal was to use Hong Kong as an outpost for mobilizing funds and materials to support the CCP's underground presence in the mainland.

From 1947-1984, the Hong Kong branch of the Xinhua News Agency, the Party's mouthpiece, was the focus. It did what Xinhua does, which is to propagandize outward and collect intelligence and send it inward. Xinhua was the de facto diplomatic arm of the CCP on the ground in Hong Kong during this time and effectively penetrated the bourgeoisie.

In another case study Chu shows how business elites, working on behalf of the CCP, were instrumental in the drafting of the Basic Law from 1985-1990. The Basic Law is something like Hong Kong's constitution.

She discusses the united front's "megaphone diplomacy" in Hong Kong, which, as one of the "traditional practices" of the united front concept, is about drowning out competing voices, criticizing a common enemy, announcing the communist position, and consolidating support. Always in these tactics the allure of self-interest is dangled in front of those who are to be co-opted and serve the communists' interests.

Chu goes to great lengths to document the details of these activities, from their embryonic form in 1937 up to the handover of power to the CCP by the British in 1997. Toward the end of the volume especially, she zooms in closely on the key players in that handover, their acrimonious rivalries, the scurrilous way that governor Chris Patten's reform proposals were blocked, and the lurking united front presence, as well as what concessions it was able to wring for the Party.