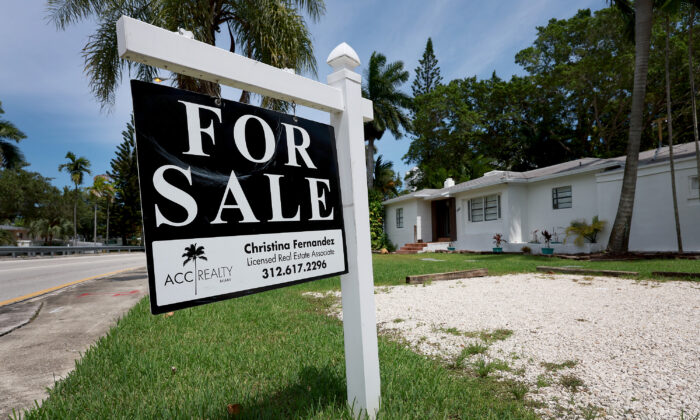 Real estate prices have declined over the past several months, but there could be much more to come, data and experts indicate.

The median home price has dropped by about 7 percent since its peak in June. It’s still up by about 6 percent since October 2021 and more than 35 percent up since early 2020, according to data from Zillow, a listing site.

Other market metrics have recently dropped far more precipitously, however. Sales volume, for instance, is down by more than 24 percent since last year. Construction was started on less than 120,000 private housing units in October, down from more than 150,000 in April, according to the Census Bureau’s seasonally adjusted data (pdf). Prices of lumber, the most common residential construction material in America, dropped by nearly 70 percent since February and are now roughly at the early 2020 level.

The housing market has been pummeled by the Federal Reserve’s lifting of interest rates this year, which has boosted mortgage rates from less than 3 percent in September 2021 to more than 7 percent in early November. The rates have since eased to roughly 6.5 percent.

This indicates that the market has yet to reach its bottom.

“We expect a drop of 15-to-20% over the next year, in order to restore the pre-Covid price-to-income ratio,” Ian Shepherdson, chief economist at the Pantheon Macroeconomics, wrote in a note last week.

Fannie Mae’s Economic and Strategic Research (ESR) Group expects home prices to hit a low point in the second quarter of next year with a recovery the year after.

One major factor is that 80 percent of mortgage holders have locked in rates of at least 2 percent lower than the current rate, which makes them unwilling to look for a new house, the ESR said in a recent forecast.

“The economy continues to slide toward a modest recession, which we anticipate will begin in the new year, with housing leading the slowdown,” said Doug Duncan, chief economist at Fannie Mae.

“Higher interest rates have ignited the typical reduction in residential fixed investment, which historically has led into either an economic slowdown or recession. From our perspective, the good news is that demographics remain favorable for housing, so the sector appears well-positioned to help lead the economy out of what we expect will be a brief recession.”

Dropping house prices are bad news for those who bought theirs during the record-high prices of the past few years. They can easily find their mortgages underwater unless they put enough cash down.

Prospective homebuyers still don’t have much to look forward to because even at lower asking prices, houses will remain expensive when the higher mortgage rate is factored in.

One factor keeping a bottom under the market is low inventory, which is currently about 36 percent below the October 2019 level.

“It’s hard to imagine a significant drop in pricing. Inventory is just too low,” Jonathan Miller, president and CEO of Miller Samuel, said in a recent Bloomberg interview.