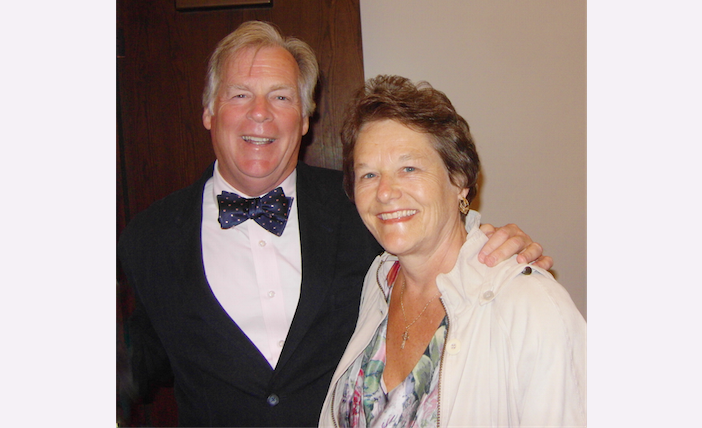 NORMAL, Ill.—Looking at it from a historical perspective, Bob Sampson, a history instructor, said, “Oh, it is very good, very impressive,” of Shen Yun Performing Arts’ 5,000 years of traditional culture displayed through 20 some short dance and music performances.

He attended the performance with Tina Sipula at the Braden Auditorium at the University of Illinois on Sunday, April 13.

Mr. Sampson teaches at Millikin University and in the 1980’s was a congressional aide to then U.S. Representative Richard Durbin, now Senator Durbin. Ms. Sipula runs a community food pantry and soup kitchen.

Shen Yun’s mission is to restore traditional Chinese culture through the performing arts. It does so through classical Chinese dance, original orchestral music, dazzling costumes, and animated backdrops for each performance.

The storytelling dance takes the audience through various myths, legends, and past and current history.

“I have certainly discovered more about the history and roots of mythology in China,” he said. “Very interesting, very beautifully done.”

“It is absolutely incredible,” Ms. Sipula said. “It’s beautiful. Not only musically but costuming, the dancing, and performing.”

Shen Yun travels with an orchestra comprised of the best of both East and West by using traditional instruments of both cultures to make a unique sound.

“I’m particularly interested in Chinese string instruments,” she said and was referring to such instruments as the pipa and erhu.

“Everything is really fantastic,” Mr. Sampson explained. “The music is very well done. It is interesting that there are different sounds that you hear from those unusual instruments.”

Shen Yun has developed high-tech digitally animated backdrops that interact with the performers and take the audience to heavenly scenes and back and forth from earth to heaven.

Mr. Sampson said, “I liked the way they are able to use the video effects, the scenes and bring the action on stage and vice versa. That’s really a clever way to present it.”

“I really enjoyed the [dance] about the meditation [group], and how … that meditation and prayers are pretty much outlawed in China now,” she said. “I really respect how people today … are trying to practice these things in China even though they could be injured for doing that.”

She was referring to several of the mini-dance performances which were about the persecution of Falun Gong, a spiritual meditation group.