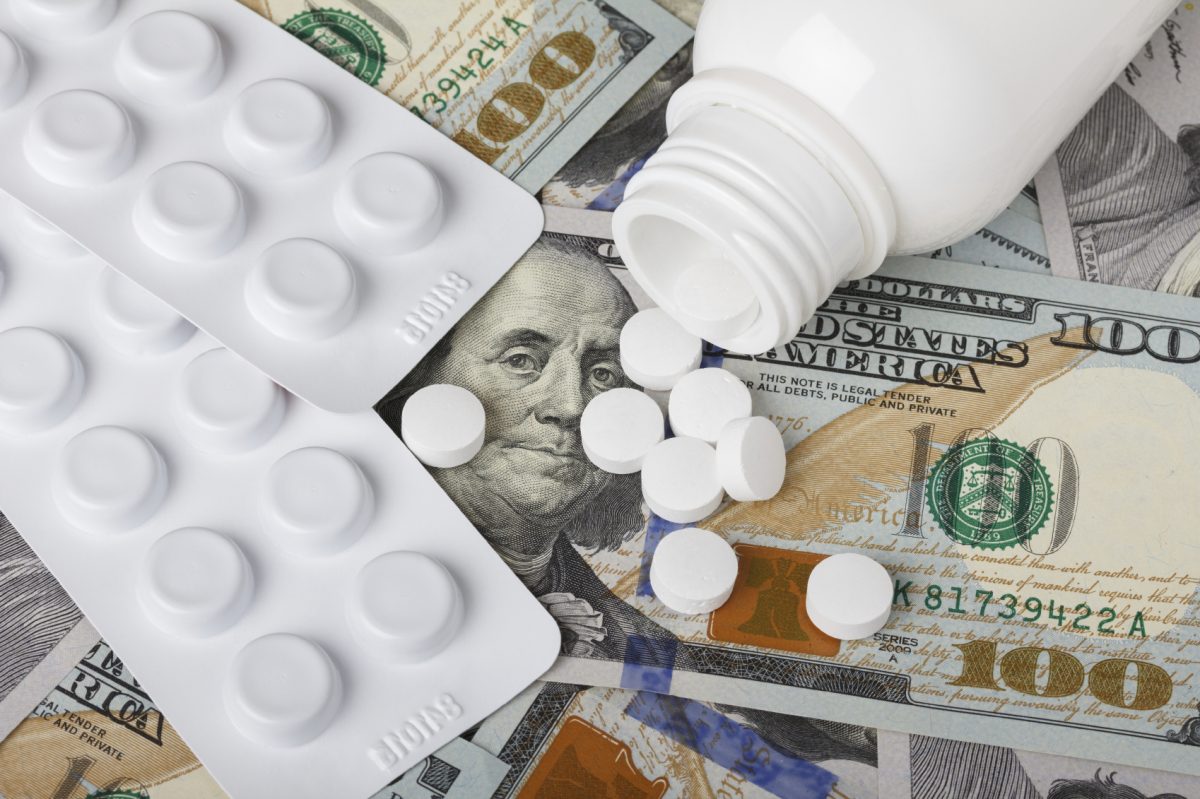 A commonly prescribed painkiller and anticonvulsant (seizure medication) widely believed to be “benign” has become increasingly associated with overdose deaths in the United States.

The medication is gabapentin, commonly marketed as Neurontin, Horizant, and Gralise.

Over the years, gabapentin prescribing has steadily increased, with 64 million prescriptions dispensed in 2016, making the drug the 10th most prescribed medication.

By 2019, this number increased to 69 million, putting the drug in the top 7 most prescribed drugs.

However, with the increase in gabapentin prescription, overdose deaths where gabapentin was detected have also increased.

From 2019 to 2020, gabapentin was detected in up to 1 out of 10—9.7 percent—overdose deaths, with half of these deaths determined to be gabapentin-involved, according to a report by the Centers for Disease Control and Prevention (CDC).

This ultimately raises the question, why is gabapentin so commonly prescribed, and why is it so dangerous?

Gabapentin was approved by the Food and Drugs Administration (FDA) in 1993 under the market name of Neurontin, and was once a very minor drug.

It was approved to be used in conjunction with other prescriptions to control partial seizures and pain from nerve injury following a chickenpox infection, giving the drug very limited uses.

However, after its approval, the drug, manufactured under Warner-Lambert and later acquired by Pfizer in 2000, became increasingly popular for off-label use, often for conditions that lacked solid scientific evidence.

In 1996, Dr. David Franklin, former medical liaison for Warner-Lambert, filed a whistleblower lawsuit against the company for illegal promotion of gabapentin in off-label use.

The case closed in 2004. Pfizer, then the acquirer of Warner-Lambert, pleaded guilty to civil and criminal charges for illegally promoting gabapentin for off-label use and paid a total of $430 million in settlement.

Medication approved by the FDA can be prescribed off-label by doctors, and is actually seen as a sign of good medical practice, if done ethically and responsibly.

A major example is aspirin, which was initially approved as a painkiller, but is also used off-label to prevent blood clotting and to improve circulation.

The problem is, for ethical and legal reasons, companies can not actively promote off-label use, which is what Warner-Lambert allegedly did, and Pfizer blew it even more out of proportion, according to Franklin and plaintiffs for later lawsuits.

The company also promoted it as a mono-therapy drug, meaning that the drug does not have to be taken with other drugs, even though the FDA approved it only as an adjunctive therapy.

Many of these off-label uses persist to this day. Though it should be noted that in 2011 the FDA approved the drug for restless leg syndrome, and the drug has been effective for off-label treatment of neuropathic pain.

Pfizer also lost subsequent lawsuits following the first whistleblower case in 2014, losing hundreds of millions of dollars in settlements after each one.

Nonetheless, these settlements did not represent significant loses for Pfizer. Since its acquisition of Neurontin in 2000, global sales for the prescription rose from $1.3 billion in 2000 to $2.7 billion in 2003.

According to Franklin, he was hired by Warner-Lambert as a medical liaison, whose job was to answer technical questions for physicians.

Usually, medical liaisons are not considered sales representatives of a company and are forbidden to talk to doctors about off-label uses, except when a doctor asks.

However, Franklin was taught to win doctors’ trust and mislead doctors by showing them studies that suppressed unfavorable results and lying to doctors as an expert of cardiology, neurology, and other fields, depending on the doctors he faced.

“My Ph.D. was in microbiology. At 9 in the morning I was an expert in cardiovascular medicine. At 10 when we walked across the street to a neurologist office, I was an expert in neurology,” Franklin said on an NBC interview in 2003.

Franklin said he and other staff were pushed to encourage doctors to prescribe Neurontin as a monotherapy for off-label uses despite the lack of solid scientific evidence.

“I want you out there every day selling Neurontin… holding their hand, whispering in their ear—Neurontin for pain, Neurontin for monotherapy, Neurontin for bipolar, Neurontin for everything…. I don’t want to see a single patient coming off Neurontin before they’ve been up to at least 4,800 milligrams a day,” said a senior Warner-Lambert executive on a conference call, according to NBC.

This also meant that patients would be switched off from their original prescription that worked for them to gabapentin; this has allegedly led to cases where patients reported a worsening of their symptoms.

Regina Adams had her prescription changed from Depakote to Neurontin for her bipolar disorder by her doctor.

Though Depakote controlled her mood, it also made her gain weight, therefore Adams was looking for an alternative that would give her the benefits of Depakote without gaining weight.

After she switched to Neurontin, Adams felt better at first and lost weight, but it soon fell apart.

“I became more and more out of control. My whole personally—I’m very a sweet, nice person, and I got hostile,” Adams said in the NBC interview.

Adams went back to her doctor but “she just kept increasing the Neurontin,” said Adams.

Adams later attempted to kill herself and ended up in the hospital. In the 2003 interview, she said she has since switched back to her old medication and is doing fine.

“A lot of people say it’s a benign drug,” said Franklin, “but it’s dangerous when patients are [taken off other] drugs that are effective.” An interview with Franklin about the law suit was published in the British Medical Journal in 2003

To this day, gabapentin is still predominantly prescribed off-label.

A study in 2006 showed that 83 percent of gabapentin prescription is off-label, but a 2018 study showed this number has increased to 95 percent.

Further, in 2016, in an attempt to decrease opioid prescriptions, the CDC released a training module for alternatives to opioids for chronic pain and recommended gabapentin as an option.

Gabapentin is also used as an adjuvant (additional drug) along with opioids, gaining popularity as a drug of abuse in individuals experiencing withdrawal for opioids and alcohol.

Some experts argue gabapentin is significantly less addictive than opioids, and has been used to treat cocaine and alcohol withdrawals.

Since gabapentin is cheap and mostly uncontrolled, access to the drug is a lot easier than most abused substances.

Studies have found gabapentin misuse constitutes 1 percent of drug abuse in the United States, and this increase may be linked to the opioid crisis.

The Effects of Gabapentin

The exact mechanism of gabapentin is not clear. However, the molecule is a chemical similar to a neurotransmitter called gamma-aminobutyric acid (GABA).

GABA suppresses the activity of neurons in the brain and spinal cord, which may be why gabapentin can reduce seizures and neuropathic pain.

Though gabapentin is an analogue of GABA, clinical trials in rats show that gabapentin does not have direct interaction with GABA receptors and does not block GABA uptake or metabolism.

The drug, however, binds preferentially to neurons in the outer layer of the brain at sites that differ from other anticonvulsants. It is speculated that gabapentin’s attachment to these sites maximizes its anticonvulsant effect.

However, serious side effects includes kidney, liver, and mood abnormalities. The medication has also been linked with an increased risk of suicides. The American Addiction Centers also suggest a sudden removal of gabapentin can cause a rebound in seizure activity in withdrawal.

When used in conjunction with other drugs, particularly opioids, gabapentin can potentiate the effects of the drug.

Some clinicians speculate that gabapentin’s enhancing effect may be the cause behind the observed increase in gabapentin up take among individuals that abuse opioids in order to experience the “high” from opioids again.

In 2019 the FDA also warned that gabapentin consumption with opioids can cause respiratory depression (ineffective breathing), especially in the elderly and people with poor lung function.

By itself, high doses gabapentin have also been reported to create a euphoric effect similar to cannabis.

Since many testing areas do not test for gabapentin in drug tests, those that abuse opioids may get high on gabapentin to come out “clean” for their drug tests while still maintaining their high.

Gabapentin is not a controlled drug in most states; a 300 mg pill can be bought for less than $1. Therefore, its easy accessibility and cheap prices may explain why its rise as an opioid alternative.

Gabapentin was detected in 5,687 of 58,362 overdose deaths with documented toxicology from 2019 to 2020 in the United States, around 10 percent of all overdose deaths.

Up to 90 percent of these deaths were opioids-involved and half of the overdose deaths detected illicitly manufactured opioids.

From 2019, there has been an observed increase in illicit opioid overdose deaths, while overdoses from prescription opioids have decreased.

Therefore, it is likely that gabapentin also enhances the dangers of opioids as well.

The CDC authors highlighted concern at the increased detection of gabapentin in fatal drug overdoses, with a potentially greater number of cases in more recent times.

“These findings highlight the dangers of polysubstance use, particularly co-use of gabapentin and illicit opioids. Persons who use illicit opioids with gabapentin should be educated about the increased risk for respiratory depression and death.”

Health 1+1
Follow
Health 1+1 is the most authoritative Chinese medical and health information platform overseas. Every Tuesday to Saturday from 9:00 a.m. to 10:00 a.m. EST on TV and online, the program covers the latest on the coronavirus, prevention, treatment, scientific research and policy, as well as cancer, chronic illness, emotional and spiritual health, immunity, health insurance, and other aspects to provide people with reliable and considerate care and help. Online: EpochTimes.com/Health TV: NTDTV.com/live