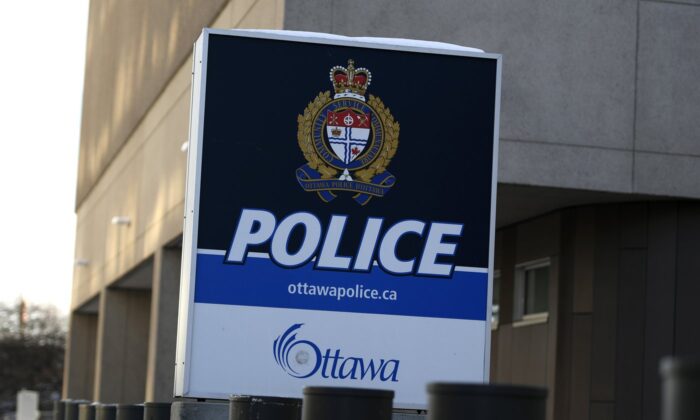 The Ottawa Police station on Elgin Street is seen in Ottawa, on Feb. 1, 2021. (The Canadian Press/Justin Tang)
Canada

The City of Ottawa has promised strict enforcement of new, hefty fines as it heads into Canada Day weekend.

A tweet from the Ottawa By-law account on June 29 publicized the new $1000 fines for things such as “unusual noise,” shouting, public urination or defication, encumbering a highway, or idling.

Please be advised, a number of fine amounts have been increased so as to ensure a safe and respectful Canada Day.https://t.co/RICrgRnHVa #OttCity #OttNews pic.twitter.com/HQOcfbUHzI

A City of Ottawa press release notified residents that “a motor-vehicle control zone in the downtown area” would be maintained until Monday, July 4, which would bar the passage of any vehicles that were part of a rally, protest, or demonstration. Street parking will not be allowed in that part of the city whatsoever.

“While the City of Ottawa respects the fundamental right to protest, the City is responsible for ensuring residents and visitors feel safe in our community. Canada Day is a celebration of our people and values. The City upholds those values: a diversity of minds, perspectives, cultures and lived experiences, and denounces any displays of hate and racism,” said the press release.

“Sometimes we see people who disregard these same values, and this can affect everyone differently.”

A Twitter post by Ottawa police said they had issued 120 parking tickets and towed 28 vehicles by 8 am on June 30. The police told CBC that as of 9 am, the totals had grown to 154 tickets and 44 vehicles. Ottawa police tweeted the day before that they had intercepted a “small convoy of vehicles in the Pinecrest and Hwy. 417 area,” and issued tickets. The related offences were not cited in the post.

In a separate release, Ottawa police added, “We will not allow for conditions that led to the unlawful protests in February to reoccur” and said they will bring in extra police from other forces as they gear up for “an increased level of protests and demonstrations.”

Carleton University criminologist Darryl Davies says he finds the new fines excessive, citing alternatives such as providing a sufficient number of portable toilets to keep people from “relieving themselves wherever they can.”

“I think the increase in fines is unwarranted. Canada Day is a time to celebrate and show patriotism,” Davies told the Epoch Times.

“I found it interesting that in the past there were a lot of people under age who were carrying booze with them and who were drinking alcohol underage and yet I find no mention of this in the notification issued by the City,” he added.

“Educating the young and those most at risk of causing trouble is the way to proceed. Simply increasing penalties and threats has not worked, and will not work, in the 21st century. It’s an archaic and ineffective way of disseminating information to the public.”

James Topp, a veteran who has marched from the west coast to protest vaccine mandates, is marching in Ottawa today. People’s Party of Canada (PPC) leader Maxime Bernier and hundreds of others joined Topp this morning for the last leg of his journey, some carrying signs in support of Topp or protesting vaccine mandates.

Interim Ottawa police chief Steve Bell said on June 27 they were working with Topp to allow his march to take place “safely and lawfully.”

His journey will finish at the Tomb of the Unknown Solider at 6 pm tonight. Freedom groups have planned a “Freedom Family Picnic” in Strathcona Park in Ottawa on Canada Day. Topp is scheduled to speak at the picnic.

According to the Twitter account “Live from the Shed” a “March to Freedom” will start from Parliament Hill at 3:30 p.m. July 1, with speeches and live music on Parliament Hill from 5 p.m. to 8 p.m.