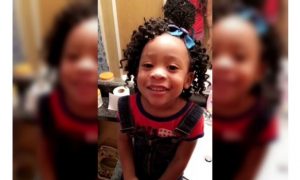 A 20-year-old man has been arrested on charges of suspicion of homicide. The arrest came in connection to the death of a high school classmate, Blaze Bernstein, 19, whose body was found in a park in a shallow grave.

Bernstein, currently a student at the University of Pennsylvania (UPenn), was staying at his family’s home during the winter break. His parents had reported him missing on Jan. 3, after he failed to return home the previous night.

After a week of searching, Bernstein’s body was found in a shallow grave in Borrego Park in the Orange County community of Lake Forest, about 50 miles southeast of Los Angeles. Rain had washed away some of the soil which had concealed the corpse, the Los Angeles Times reported.

Orange County Undersheriff Don Barnes told the Los Angeles Times that sheriffs had used Bernstein’s Snapchat account to determine that the young man had gone to the park with his high-school classmate Woodward on the night of Jan. 2.

When questioned, Woodward insisted that Bernstein had walked off alone into the park. Sheriffs noticed that Woodward had dirt under his nails, abrasions on his hands, and appeared nervous. One detective told Fox News that Woodward tried not to touch anything with his hands while being questioned.

Detectives were able to gather enough DNA evidence despite Woodward’s efforts. It was this evidence that lead to Woodward’s arrest on Jan. 12.

Woodward will not be arraigned until Tuesday, Jan. 16, Orange County District Attorney Tony Rackauckas told the Times. Prosecutors are still considering what charges to bring.

Trying to Turn Tragedy Towards Goodness

Rackauckas told the Times that the killing was a “very tragic case.”

“Both of these families are good people whose lives have been turned upside down in a terrible way,” he added.

The Bernstein family’s grief was evident when they spoke to the media after their son’s body was found. But their strength and decency was shown after the name of their son’s alleged murderer was released.

When a reporter asked Jeanne Pepper, Blaze’s mother to comment, she replied via Twitter, “My thoughts are: Revenge is empty. it will never bring back my son.

“My only hopes are that he will never have the opportunity to hurt anyone else again and that something meaningful can come from the senseless act of Blaze’s murder.

“Now Do Good for Blaze Bernstein.”

The Bernsteins did not talk about punishment or penalties.

Instead, a fund was created— the Blaze Bernstein Memorial Fund—to collect money to help children and families in need.

Do something good – honor my son's memory. Make a donation to the Blaze Bernstein Memorial Fund that is custodied by the Jewish Community Foundation of Orange County at https://t.co/xrkRKZsLDf Donations will be used to help children and families in need.

Blaze Bernstein will not soon be forgotten. Friends have created a Facebook page to preserve his memory—and their memories of him.

Blaze Bernstein will be remembered as a bright, ambitious young man, intelligent and eager. He was in his sophomore year at the University of Pennsylvania, planning to major in psychology and minor in chemistry, according to the local Patch website.

He was the managing editor of the school’s fine dining magazine, Penn Appetit. Bernstein liked to cook for his family—in fact, he made them dinner on the night he disappeared.

His friends recall him as being creative and comical.

He will be particularly missed by his 14-year-old sister, Beaue. As their mother told the Times, “They were very close this past year.

“He really started to enjoy her and her antics. She looked up to him.”

ABC Reporter Greg Lee tweeted about how powerfully the Lake Forest community expressed its grief over its lost member. “Hard to fathom the amount of grief in this community. Hundreds gathered to mourn the death of #BlazeBernstein.”

Hard to fathom the amount of grief in this community. Hundreds gathered to mourn the death of #BlazeBernstein. Still many unanswered questions in the investigation, but clear he is/was loved. #LakeForest pic.twitter.com/IiI7Knv9l1

What will best memorialize this young man is the sentiment expressed by his mother who, despite her grief, has not forgotten that life goes on.

In a reply to a tweet from a reporter, Jeanne Pepper said, “Thank you Greg for helping us spread the word to the public that we want to make Blaze’s senseless death meaningful.”

Thank you Greg for helping us spread the word to the public that we want to make Blaze’s senseless death meaningful.

“Nothing will bring back my son, so we ask the world to please honor Blaze’s memory by doing an act of kindness today. Don’t wait, do it now.

“Celebrate the goodness that still exists in this world in spite of these acts of senseless evil. People are good and Blaze knew that,” she said. “Honor yourselves and him.”