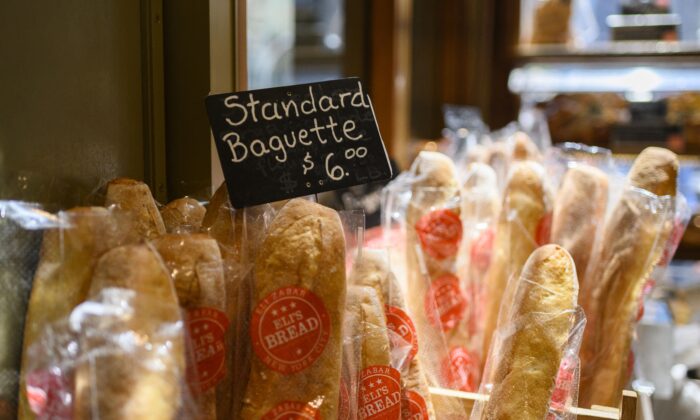 U.S. consumer price inflation surged 9.1 percent over the past 12 months to June, the fastest increase since November 1981, according to government data released on July 13, 2022. (Angela Weiss/AFP via Getty Images)
Inflation

The Real Cost of Inflation for Most Americans

The June inflation figure of 9.1 percent, up half a percentage point from May and the highest since 1981, doesn’t tell half the story of how expensive life has become for Americans. The overall figure hides the fact that not all prices have risen uniformly and that products that have become especially expensive also happen to be the ones people usually can’t do without, such as food, fuel, and energy, according to Consumer Price Index data published by the Bureau of Labor Statistics (BLS).

Regular gasoline hiked more than 60 percent, diesel about 76 percent, and fuel oil, which many Americans use to heat their homes, nearly doubled in price. Natural gas went up more than 38 percent and electricity nearly 14 percent.

The White House, through President Joe Biden’s Twitter account, on July 13 called the inflation figures “not acceptable” but “outdated,” noting that the average gasoline price had declined about 40 cents per gallon (about 8 percent) over the past 30 days.

The products with the most prominent price hikes tend to also suffer supply issues. Gasoline production is constrained by the policies of the Biden administration and the financial elites more generally as part of their efforts to curb carbon emissions. Egg production has been constrained by the avian flu outbreak that cut the number of laying hens by about 8 percent in recent months. Grain production has been hit with sky-high fertilizer prices and herbicide shortages. Higher grain prices, in turn, show up not only in bakery goods and flour, but also in the cost of animal feed, which then hits meat and milk prices, too.

Normally, consumers respond to higher prices by tightening their belts—consuming less—which in turn leads prices down. But because of the lavish federal spending packages during the COVID-19 pandemic, consumer demand has been artificially boosted. Prices will have to go up relatively steeply for another year or two before the productivity of the economy catches up with all the newly printed money, some economists have predicted.

Some prices, it appears, have already peaked. Beef steaks, for instance, hiked by more than 30 percent between October 2019 and October 2021 but are down about 5 percent since then. Similarly, car and truck rental prices went up more than 70 percent from July 2020 to July 2021 but have since dropped by about 11 percent.

On the other side of the spectrum, smartphone prices are down 20 percent, and TV prices dropped by nearly 13 percent in June. There’s a caveat to those numbers though: The BLS makes “hedonic quality adjustments” to the prices of certain products that change in quality. If an old version of the iPhone, for example, is no longer sold and is replaced by a new version that has the same price but more advanced features, the BLS would adjust the price of the phone down because, it has argued, the consumer is getting more of a bang for his buck.