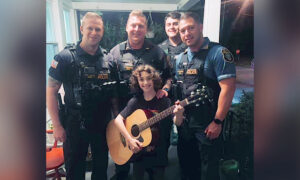 Here’s What that Little Star on Costco Items Means

If you’ve ever wondered about those little stars on Costco shelves, there’s an answer.

Costco places asterisks on its labels to indicate that an item might not be in stock much longer.

According to Costco Insider:

Some of you may be wondering what that star or asterisk you once saw on an item price tag meant. Or maybe some of you never even noticed it, or knew to look for one. While most items don’t have a star in the upper right-hand corner, there are always a few that do in the store. What it means is that there is no more of the item in the store — what you see in front of you is the last of it. If you’re really curious you can go to the membership counter and ask if there is more on order or if it is discontinued.

The insider writes that they make sure to watch for the star so as to buy enough for the remainder of the year.

“One example of this is the Smuckers Strawberry Lemonade, with which I watched the sign over the summer, and at the end of the summer I bought three jars, to last me the year. With the amount of rotating inventory at Costco, and how you never know when they’ll have an item and when they won’t, the star can be a lifesaver,” they wrote.

And The Consumerist noted that items with a price ending in .97 have been marked down for clearance in an effort to sell the product as quickly as can be.

It noted also that “odd pricing,” without the 97-cent indicator, can mean there’s a special deal from the manufacturer of the product.

“The 97-cent thing is an indicator of a discount, but Rapoport says that other non-standard prices—like items ending in .49, .79, .89 — can be a sign that Costco got a special deal from the manufacturer, which might mean very low prices for you,” it states.