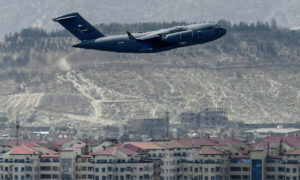 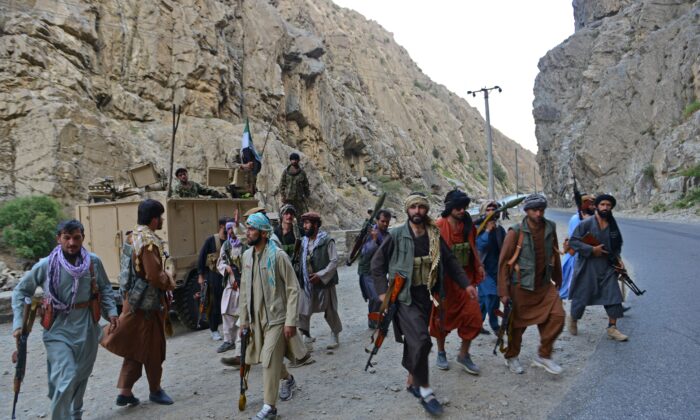 Heavy fighting erupted on Thursday between the Taliban and an anti-Taliban resistance group in the Panjshir Valley, the last significant holdout area in Afghanistan, according to local residents and resistance officials.

The Panjshir, mountainous region located north of Kabul, has a long history of resisting the Taliban, the Soviet Union, and even the British Empire. The coalition is led by Ahmad Massoud, the son of a famed anti-Soviet resistance fighter who vowed to battle the Taliban after the group’s near-takeover of Afghanistan and its capital, Kabul, last month after U.S. military forces pulled out.

Over the past week or so, the Taliban sent its forces to the valley and surrounded it. Taliban and resistance leaders—the National Resistance Front of Afghanistan—had said they were working on negotiations but those appear to have collapsed, leading to heavy fighting on Thursday.

Local residents confirmed the fighting to Al Jazeera and other outlets, while Fahim Dashti, an official in the National Resistance Front, claimed in an audio message that the Taliban lost about 40 members during the fighting. Ali Nazary, a spokesman for the Front, told CNN that the Taliban lost some of its heavy equipment and weaponry on Thursday.

“There is heavy fighting in Panjshir,” Nazary said. “[Massoud] is busy defending the valley.”

“The fighting has gotten worse and worse with each night,” Asadullah, a 52-year-old local, told Al Jazeera, adding that the fighting has been relegated to the mountains and not in the valley itself.

“The Taliban have not changed, and they still are after dominance throughout the country,” Massoud said on Wednesday in a CNN interview. “We are resisting dominance, intolerance, and oppression brought by one political force over the majority of the population that do not support them.”

Some analysts said that the Taliban have a major advantage over the resistance fighters in terms of manpower and weapons. The Taliban was able to capture a significant number of U.S. weapons, vehicles, and equipment as it took over the country.

“The Taliban have a significant advantage,” Nishank Motwani, an Afghan analyst based in Australia, told the AFP news agency. “They are very well armed, and they have the psychological factor in their favour in that they precipitated the fall of the government so quickly.”