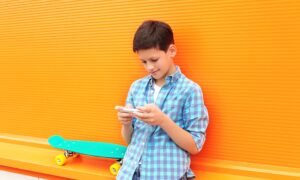 Qigong has also been gaining popularity. It is popping up at cultural centers, fitness studios, community centers, and major workshop institutes such as Omega. However, visit any Chinese neighborhood in the early morning and you are sure to find many folks of all ages practicing qigong, tai chi, and Falun Gong.

Chinese people are known to have “ancient secrets” that help them look younger, live longer, and have wisdom. During the early 1990s, Falun Gong, a form of qigong, rose very quickly in popularity throughout China. Why, with all their ancient secrets, did Falun Gong become the most popular form of qigong in the country? Why is it still widely practiced, despite the severe persecution of its practitioners? What is Falun Gong and what makes it such an outstanding practice?

Falun Gong consists of four standing exercises and one sitting meditation, and it requires that its practitioners cultivate themselves. Cultivation means continuously striving to live according to the principles of Truthfulness, Compassion, and Forbearance. Cultivating oneself is the fundamental objective of being a practitioner of Falun Gong, while practicing the exercises is supplemental. Most people who practice the exercises and follow the teachings of Falun Gong report improvement in their health. Often, these improvements are subtle, involving such things as stress relief, better sleep, a “lighter” and more energetic feeling, and happier moods. Many report dramatic health improvement, including the disappearance of life-threatening diseases.

The precise way Falun Gong [also called Falun Dafa] heals illnesses is not understood by modern medicine, but its effects can be measured.

A Chinese government census taken in 1998 indicated that at least 70 million people were practicing Falun Gong in China. This made Falun Gong by far the most popular qigong practice in China’s history. Many practitioners testified from personal experience that Falun Gong had powerful healing properties.

“Only one month after I started to cultivate Falun Dafa's universal principles of ‘Truthfulness, Compassion, and Forbearance,’ the disease [leukemia], that could not be cured by modern medicine, and that [had] cost my family hundreds of thousands of yuan [tens of thousands of U.S. dollars] was completely gone,” said a Falun Gong practitioner in mainland China.

“I previously had second-stage osteonecrosis [bone tissue degeneration] in both hips and was practically paralyzed for almost a year. However, just three to four days after I started practicing Falun Dafa, I threw away my canes and was able to walk again,” said a Falun Gong practitioner in mainland China.

In 1998, the first major medical survey was conducted of Falun Gong practitioners in Beijing. According to the survey, out of 12,731 participants, 93.4 percent initially had illnesses, and 49.8 percent suffered from at least three diseases before they practiced Falun Gong. Through learning and practicing Falun Gong, the practitioners’ health improved. The improvement rate was 99.1 percent, and among these, the rate of complete recovery was 58.5 percent. Comparing Falun Gong practitioners’ health before and after practicing Falun Gong, 80.3 percent of the participants reported improvement. Among those, the percentage reporting that they felt “very energetic” increased from 3.5 percent before practicing to 55.3 percent after practicing.

The survey also demonstrated that 12,287 people, or 96.5 percent of the participants, felt healthier psychologically after practicing Falun Gong.

The Beijing survey also indicated that the number of people practicing Falun Gong increased every year, and the growth rate was accelerating.

According to the survey, Falun Gong practitioners saved 3,270 yuan in medical expenses per person per year for the state. [The yuan is Chinese currency, at the time of the survey worth about $.12. The average worker in Chinese cities makes around 500 yuan per month.] Multiplying this figure by the millions of people practicing, one can easily see that Falun Gong saved China billions of dollars in medical costs.

Another survey was conducted in Taiwan. Out of 1,182 participants, 72 percent of Falun Gong practitioners used only one insurance health card, which allows six visits to health care providers per year.  Falun Gong practitioners’ health care usage was about half that of the general population. The report also pointed out that Falun Gong has a remarkable effect on eliminating unhealthy habits and addictions. The study showed an 81 percent success rate for quitting smoking, 77 percent rate of abstaining from alcohol, and 85 percent rate for stopping gambling.

“When I practiced the exercises the next day, my body felt light, and all the symptoms were gone. I felt like a breeze when I walked. I felt like I was being pushed when I rode my bicycle. And I didn’t feel tired any more when I walked up the stairs. My daughter’s illnesses disappeared as well,” said Fengying Mao, 40, who was a surgical nurse in China and now resides in the United States.

“Upon studying the teachings of Falun Gong and practicing the exercises, I have become very calm and very quiet internally. I can now be objective about myself and things that would normally burden me. After reading the teachings I realized that I was not living my life the way I should: according to Truth, Compassion and Forbearance. The more I study the teachings, the closer to these three principles I get,” said Orysia McCabe from Canada.

A lot of the testimonials by Falun Gong practitioners sound miraculous, and many may question the possibility that the health improvements can be credited to Falun Gong. Yet the fact that these reports have been so frequent warrants more scientific investigation.