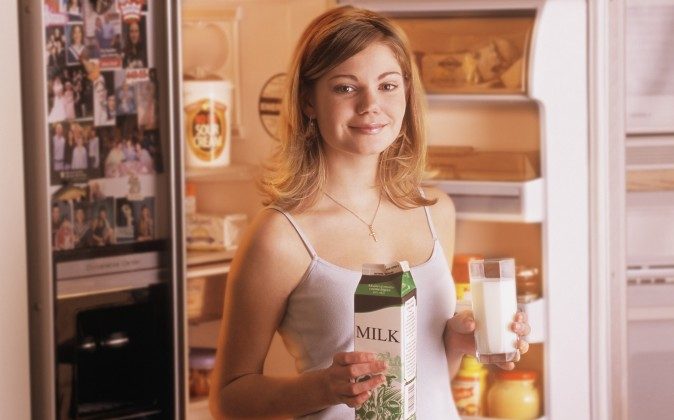 Summer is here, and for parents or teenagers it's time to stock the fridge with healthy, filling, easy-to-prepare foods. (Design Pics/Thinkstock)
Fitness & Nutrition

Refrigerators and pantries across the country are bracing for the seasonal assault from teenagers who are now done with school and will eat most of their meals at home for the summer months.

Even if they’re not home to supervise meals, parents can and should still take the initiative to make sure their hungry teens have healthy fare to eat, said Kristen Kizer, R.D., L.D., a clinical dietician with Houston Methodist Wellness Services.

“While it’s important to eat healthy at every age and stage, the growth and physical maturation occurring during adolescence makes good nutrition all the more critical,” she said.

“Teens are growing, meaning that their cells are diving rapidly. This means increased calorie and protein needs, as well as increased need for vitamins and minerals like calcium, vitamin D, iron, and folate.”

Kizer explains that about half of peak bone mass is established during the teen years, making calcium and vitamin D intake an area of focus, especially since teens tend to replace milk with sugar beverages like soda or sports drinks.

Teens who don’t get adequate calcium and vitamin D during this time head into adulthood with less than optimal bone density, setting themselves up for osteoporosis and bone fractures years later.

In addition, starting and maintaining good eating habits is critical at this age, as it’s estimated that 90 percent of overweight and obese teens will remain overweight or obese as adults.

“Most teens aren’t thinking about chronic disease 30 years down the road, [so] reminding them that the foods they choose now have an impact on their appearance, athletic performance, or academics can help them make healthier choices,” Kizer says.

“Girls especially may be struggling with body image issues, so helping them select foods that will make them physically feel well can also improve their mood and emotional health,” she says.

Guacamole and Baby Carrots. “All this simple guacamole requires is jar of salsa and some avocados. You mix them together and you have an instant dip for veggies,” Kizer says.

She recommends baby carrots because they’re already washed and ready to eat. “The vitamin C in the salsa will keep the guacamole from turning brown and the healthy monounsaturated fat from the avocado will keep your hungry teens satisfied,” she says.

Wholesome Pasta. Whole wheat rotini, veggies, and pasta sauce can be combined for a simple, healthy pasta dish. “Pasta is versatile and can easily be made in large quantities. Take a bag of frozen mixed veggies together with a jar of pasta sauce and heat up in a sauce pot,” Kizer says.

To make it easy for your teenager to heat up, Kizer suggests putting everything in the refrigerator in a covered glass container. “All your kids have to do is grab the complete meal and heat it up … and with all the sauce and vegetables, they won’t even know they’re getting a healthy dose of fiber, magnesium, manganese, and selenium,” she says.

Greek Yogurt With Fruit. “I prefer to add frozen fruit to Greek yogurt over fresh because it makes it a cool, refreshing treat, and as the fruit melts, the juice spreads throughout the yogurt, making it sweeter,” Kizer says.

She suggests buying 32-ounce containers of yogurt and adding your teenager’s favorite fruit. “The extra protein from the Greek yogurt will keep your hungry teen full, and he or she will also be getting fiber from the fruit, as well as vitamin C, potassium, folic acid, and calcium.”

Cereal. When you don’t have time to leave something prepared, cereal is always an easy alternative. “Keeping a box of lower-sugar cereal on hand can be helpful when teens are around. I suggest something with no more than 6 grams of sugar, like Kashi’s Heart-to-Heart or Honey Sunshine,” Kizer says.

“Original Cheerios can also be jazzed up with some vanilla extract and cinnamon, or PB2, a natural, dried peanut butter powder that can make plain Cheerios taste a lot more like their peanut butter variety without all the added sugar.”

Indulgences. Rather than full-fat, fried potato chips, keeping baked chips on hand, as a healthier indulgent can be a good compromise between you and your teen. “Sunchips, Kellogg’s popped chips, or Kashi’s black bean chips are also tasty, yet less indulgent snacking options,” Kizer says.

“For desserts, Skinnycow ice cream sandwiches are hard to beat for 150 calories and 3 grams of fiber. For those who prefer a fruit-based dessert, try a 100 percent frozen fruit bar.”

For teens who consider pizza an entire food group, finding a whole-wheat, thin crust and emphasizing veggies rather than high-fat meat like sausage and pepperoni can reduce the damage associated with full-fat, deep-dish varieties.