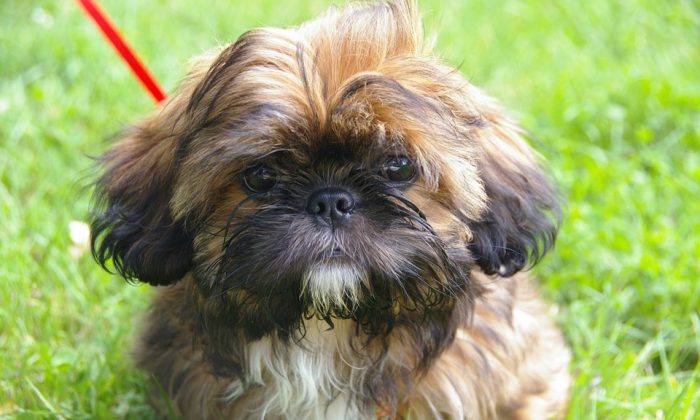 File photo of a Shih Tzu, the same breed of dog that was euthanized in Virginia to be buried alongside its deceased owner. (Pixabay)
US News

Healthy Dog Euthanized to Be Buried With Its Dead Owner: Report

A healthy dog was euthanized to be buried with its owner in line with instructions left in the will of a deceased Virginia woman.

A Shih Tzu named Emma was put down after the executor of the will insisted the woman’s testament be complied with, according to a report by WWBT.

After the owner’s death, the dog was taken to an animal shelter in Chesterfield County on March 8, where the animal remained for about two weeks.

The executor eventually showed up, insisting that the dog be put down.

“We did suggest they could sign the dog over on numerous occasions because it’s a dog we could easily find a home for and re-home,” Carrie Jones, the manager of Chesterfield Animal Services, told WWBT. “Ultimately, they came back in on March 22 and redeemed the dog.”

Emma was taken to a vet, put down, and cremated.

While the Virginia Cemetery code 54.1-2310 forbids pets from being buried with humans in commercial cemeteries, private and family-owned cemeteries are an exception.

It is unknown when the planned burial of the urn containing Emma’s ashes is expected to take place.

Abandoned Dogs Found Without Food and Water in Foreclosed Home

Meanwhile, two dogs found caged without food and water inside a foreclosed New Jersey home have made a remarkable recovery after being rescued to a local animal shelter.

A man hired to clean the property found the two dogs—named Fred and Wilma—locked in a crate, according to Jennifer Vuocolo, assistant executive director of the Associated Humane Societies.

“The first thought that comes to mind when you see pictures like this is, ‘How could they?’ the Associated Humane Societies Newark (AHS-N) asked in a Facebook post. “How in the world could someone do such a thing to innocent, defenseless animals?”

When the two Shih Tzus were found, they bore signs of neglect, Vuocolo told The Epoch Times.

“The man brought them to AHS, they were covered in urine and feces; one of the worst cases our groomer has ever seen.”

She said the dogs are estimated to be about 7 years old.

“They were so matted that they were barely recognizable as dogs,” shelter officials noted.

The dogs were said to have been left behind by their owners, who abandoned them as they vacated the foreclosed home.

“They were likely obtained as puppies and doted upon when they were tiny, cute little pups. Hopefully, they enjoyed good treatment and experienced love from the family that owned them. But good treatment and love was far from what they were given when their family lost their home, and upon leaving the house, they locked Fred and Wilma in a crate and left them behind,” AHS-N wrote.

After the dogs were brought to the shelter, they were cleaned up and given a medical exam.

“Both have some medical issues that are being tended to and our hope is that once they are feeling better, they will find a home with a family that will love them, spoil them, protect them, and never, ever, leave them behind again,” shelter officials said.

“Fred and Wilma are incredibly sweet, loving, and ready to put their past behind them. They are bonded and we want to find them a home together,” Vuocolo told The Epoch Times.

She said the shelter is requesting donations on behalf of the two dogs and other animals in need of care.

“This makes it possible for us to continue to rescue and care for cases of extreme cruelty and neglect just like these two darling Shih Tzu dogs,” she said.

The incident recalls the case of a Virginia man who was arrested and charged with a felony after a dog died days after being set on fire in a Richmond park.

The pit bull, named “Tommie,” was found on the night of Feb. 10, tied to a fence at Abner Clay Park and set on fire, Richmond Police said in a statement.

Firefighters found the dog had been doused with a flammable liquid and suffered burns to over 40 percent of its body.

Tommie was treated at Virginia Veterinary Center, and “rallied briefly,” police said, but five days later succumbed to his injuries and died.

Jyahshua A. Hill, 20, of St. Peter Street, was arrested on Monday, May 20, by the U.S. Marshals Regional Fugitive Task Force, police said.

Hill has been charged with felony animal cruelty.

“There are a lot of people to thank, but I’d like to single out all the citizens who contributed tips that pointed us in the right direction,” Interim Richmond Police Chief William C. Smith said. “That, plus the excellent job done by arson investigators who did the bulk of the work, major crimes detectives, forensic technicians, and animal control officers who all built a strong case to present to the grand jury.”

“The incident sparked widespread outrage,” a Richmond Police representative said, according to WTVR. “Investigators are crediting an outpouring of information and assistance from the general public that helped them solve this crime.”

Public outcry over the dog’s death led to new legislation dubbed “Tommie’s Law” that made animal cruelty a felony in Virginia, WTKR reported.

The bill raises the penalty for animal abuse from a misdemeanor to a Class 6 felony, which can bring a prison term of up to five years behind bars.

The Senate passed the bill unanimously on Feb. 15.