Why Did US Deaths Shoot up 40 Percent Above Normal Last Year? 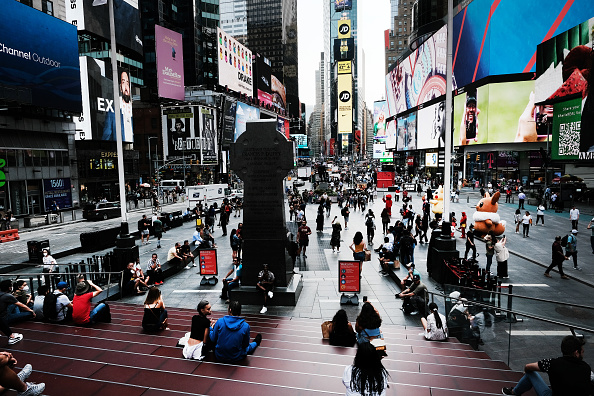 Alarming even insurance companies, something has driven the death rate up 40 percent among working Americans within a one-year period, and it’s not COVID-19.

As we’ve seen over the past two years, data and statistics can be manipulated and skewed in a wide variety of ways.

One of the most reliable data points we have is all-cause mortality. It’s very hard to massage that statistic, as people are either dead or they’re not. Their inclusion in the national death index database is based on one primary criteria—they’ve died—regardless of the cause.

From there, their cause of death, as identified on their death certificate, is added in to more granular statistics, such as the number of people who died from cancer and heart disease in any given year, for example. But while the cause of any given death can be manipulated and altered, the fact that there was a death is more certain. What’s more, death rates tend to be very stable.

“We are seeing, right now, the highest death rates we have seen in the history of this business … death rates are up 40 percent over what they were prepandemic.” ~ Scott Davidson, CEO of OneAmerica

As noted in a (not peer-reviewed) study led by scientist Denis Rancourt, who looked at U.S. mortality between March 2020 and October 2021, “All-cause mortality by time is the most reliable data for detecting true catastrophic events causing death, and for gauging the population-level impact of any surge in deaths from any cause.”

With that in mind, OneAmerica’s announcement that the death rate of working-age Americans (18 to 64), in the third quarter of 2021, was 40 percent higher than pre-pandemic levels is rather stunning. OneAmerica is a national mutual life insurance company based in Indianapolis. During an early January 2022 press conference, CEO Scott Davidson said:

“We are seeing, right now, the highest death rates we have seen in the history of this business — not just at OneAmerica. The data is consistent across every player in that business.

And what we saw just in third quarter, we’re seeing it continue into fourth quarter, is that death rates are up 40 percent over what they were pre-pandemic. Just to give you an idea of how bad that is, a three-sigma or a one-in-200-year catastrophe would be 10 percent increase over pre-pandemic. So, 40 percent is just unheard of.”

According to Davidson, a majority of the death claims filed are not classified as COVID-19 deaths, so something else is driving up the death rate. As reported by The Center Square:

“The CDC weekly death counts, which reflect the information on death certificates and so have a lag of up to eight weeks or longer, show that for the week ending Nov. 6, there were far fewer deaths from COVID-19 in Indiana compared to a year ago — 195 verses 336 — but more deaths from other causes — 1,350 versus 1,319.”

At the same time, OneAmerica has also noticed an uptick in disability claims. Initially, there was a rise in short-term disability claims, but now most claims are for long-term disabilities. The company expects the rise in claims will cost them “well over $100 million,” an unexpected expense that will be passed on to employers buying group life insurance policies.

During that press conference, Brian Tabor, president of the Indiana Hospital Association, confirmed Indiana hospitals are seeing a dramatic increase in both deaths and hospitalizations for a wide variety of conditions.

Not only are the number of hospitalizations in Indiana higher, it’s the highest it’s been in five years. Meanwhile, the daily deaths from COVID-19 are less than half that of 2020.

Same Trend Seen in Many Other States and Countries

As noted by Davidson, OneAmerica is not alone in seeing an unprecedented spike in excess deaths. It’s also not limited to the United States. The Insurance Regulatory and Development Authority of India, for example, also reports a 41 percent rise in death claims in 2021. That’s near-identical to the 40 percent increase reported by OneAmerica.

According to vaccine safety blogger Steve Kirsch, Phoenix, Arizona, is reporting a 100 percent rise in the death rate among city employees. In 2021, it was double that of the 10-year average. “There is clearly something going on that is not unique to Indiana,” he writes, adding:

“Excess mortality figures in Europe and the UK seem to show younger people are dying faster than the elderly, and that people 0-14 are dying faster in the second half of 2021 as compared to the first.”

As cardiologist Dr. Peter McCullough has repeatedly stated, we had a clear safety signal all the way back in February 2021, and it’s only gotten more pronounced over time. Despite that, not a single safety review has been conducted, and our health authorities refuse to address the astronomical death toll.

Doctors have identified several effective treatment options that can slash the COVID death rate by 85 percent or more. We could have avoided all these excess deaths by making sure early treatment was given, rather than exclusively relying on a vaccine.

While the overall risk of COVID-19 has been grossly exaggerated, early treatment is key, both for preventing severe infection and preventing “long-haul COVID.” Here are a few suggestions:

Correction: The percentage of povidone-iodine that should be used has been corrected to 1 percent. The Epoch Times regrets the error.