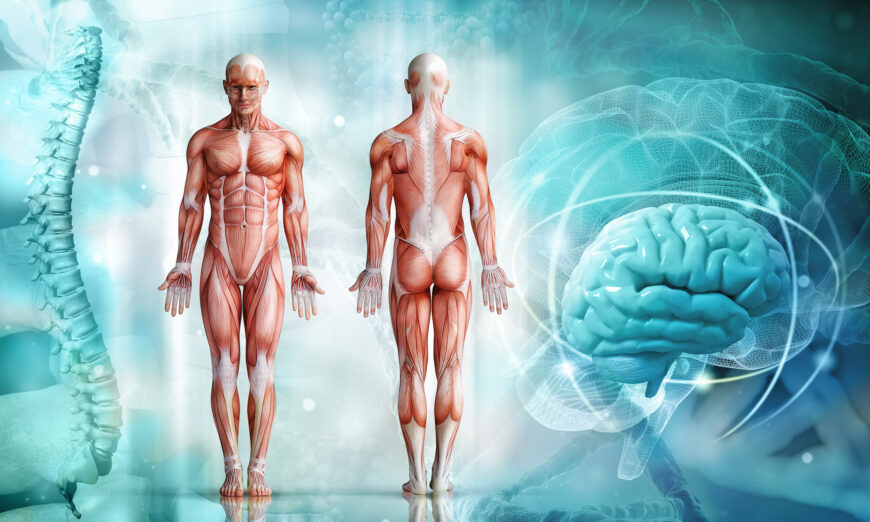 Although there’s research on the mechanisms of the spike proteins and hypotheses on how the proteins may interact with various aspects of the body, spike protein presence is difficult to test for.

This article aims to review the current limited research on spike protein accumulation through both infection and vaccine exposure, the places it can contact, and the pathologies it may lead to.

However, in a study led by Dr. Bruce Patterson, CEO and founder of IncellDx, a company that diagnoses long COVID using blood tests, of patients who suffered from long COVID for more than 15 months, 73 percent of them still had spike proteins present in their immune cells. Meanwhile, 91 percent of patients with severe and acute COVID-19 had spike proteins in their immune cells.

Another study evaluating organ tissues obtained through autopsy found spike proteins present in the immune cells of individuals who died from COVID-19. Some of these immune cells died and had signs that they were trying to remove or recycle cellular materials; these all suggest a general toxicity from the spike proteins.

The lungs are a major site of injury following COVID-19 infection and are believed to be a highly susceptible organ.

A study on autopsy samples from people who died several days or months following COVID-19 vaccination found a strong spike protein presence in the lung cells of these individuals. The team, led by German pathologist Dr. Arne Burkhardt, found spike proteins in the lung cells of a living person nine months after vaccination, with immune cells nearby, suggestive of possible immune action.

Studies on autopsy samples from people who had been infected found severe inflammation in the lungs; spike protein presence in cells; great immune presence, often accompanied by smaller areas for gas exchange; scarring; and thickening of the lung tissues.

Studies have shown that the SARS-CoV-2 virus likely infects through the nasal and oral cavities.

Positive COVID-19 tests often swab the nasal or oral cavities for viral RNA or viral particles. SARS-CoV-2 viruses have been detected in samples of nasal cells by swabbing the area.

Connective tissue includes blood, bone, and fat. Spike proteins have been found across all three areas. A 2021 study found that spike proteins could remain in the blood for up to 30 days after vaccination. These spike proteins, therefore, pose risks for endothelial cells that line the blood vessels and also present a risk of blood clots because of the spike proteins’ capability to bind to blood clotting proteins.

A study on autopsy samples taken from the chest region of 47 people who died following COVID-19 infection found spike proteins distributed within fat cells; fat cells also regulate the body’s metabolism, and dysfunction of fat cells can lead to metabolic diseases, including inflammation and diabetes.

Studies on human blood vessel endothelial cells show that exposure to spike proteins caused inflammatory cells to stick to endothelial cells, indicative of an immune attack, which may also lead to cell damage or even death from inflammation.

Burkhardt’s team on vaccinated individuals found a strong spike protein presence in the endothelial cells that line the inner layers of blood vessels in the brain, heart, lungs, and spleen.

This would also be accompanied by an immune attack in the surrounding environment. The team found damaged blood vessels, especially in small capillaries surrounded by inflammatory immune cells, suggestive of spike-protein-induced injury. This puts all of the internal organs at risk, as all internal organs are supplied with blood vessels.

Although the SARS-CoV-2 virus isn’t able to cross into the brain through the blood-brain barrier, studies in mice show that the spike protein by itself is able to cross it.

Studies on human neural cell cultures also found that the spike proteins could enter the cells and cause dysfunction to protein clearance of the neurons and result in the neurons wasting away.

Burkhardt’s autopsy study on vaccinated individuals found that spike proteins were found in the biopsies of many brain blood vessels. Spike proteins were also detected in the neurons, although at a lower rate.

The heart is prone to spike-protein-induced injuries. Myocarditis, which is inflammation of the heart muscles, is a major adverse event following COVID-19 vaccination.

However, spike proteins were also found in the coronary arteries and in the aorta, the largest blood vessel in the body. These findings were all accompanied by immune cell presence and severe signs of inflammation and tissue damage, implying possible heart injury.

An autopsy study on a man who died following COVID-19 infection found spike proteins present in his thyroid biopsies. The thyroid is responsible for the secretion of hormones. SARS-CoV-2 nucleocapsid proteins were also detected but were more sparse in their distribution. The presence of spike proteins also came with inflammation and cell damage, looking similar to thyroiditis, according to the study. Inflammation of the thyroid may affect thyroid function leading to dysfunction of the organ.

Thyroiditis has also been reported in people three to four days after COVID-19 vaccinations, with some researchers declaring the thyroiditis to be vaccine induced.

A Chinese study found spike proteins in autopsy pancreas samples from people who died from COVID-19.

Spike proteins were found in two common pancreas cells: One produces and secretes enzymes that break down food, while the other one produces and releases insulin to lower our blood sugar levels. The second type includes pancreatic beta cells, which are often implicated in metabolic diseases such as diabetes; the loss of beta cells leads to Type 1 diabetes, while a failure to respond to insulin is a characteristic of Type 2 diabetes.

In infected individuals, in whom spike proteins were present, their pancreatic tissues had signs of cellular damage. The membranes that contain pancreatic cells were damaged and the content inside of the cells was swollen and disintegrated. These cells also had fewer enzymes and insulin packaged for release, suggestive of a possible decline in digestion and blood sugar regulation.

The authors found that the pancreatic beta cells especially had markers present that would normally be found in diabetes or other metabolic diseases, which may indicate that the SARS-CoV-2 virus or its spike proteins can contribute to metabolic dysfunctions.

Metabolic diseases have been associated with COVID-19 infections and vaccinations; the change in the markers of the pancreatic beta cells may be why many COVID-19 patients have abnormal sugar levels, even if they have no underlying metabolic disease.

Spike proteins were detected in the liver in five recovered COVID-19 patients. The patients had reported negative SARS-CoV-2 results for 9 to 180 days, suggesting a recovery. There were also spike proteins present in the gallbladder.

Another autopsy study on 11 individuals who died after COVID-19 infection found two who tested positive for SARS-CoV-2; however, all had signs of fatty liver, and some also presented with scarring and inflammation, possibly suggesting liver damage from spike proteins.

The kidneys are responsible for filtering out waste and water from the blood for excretion as urine.

An autopsy study on 21 COVID-19 patients detected one deceased person who was positive for SARS-CoV-2 proteins in their kidneys. Although the other patients didn’t test positive for the virus, all shared similar pathologies with dysfunction in circulation, with congestion in the vessels being responsible for filtration and signs of injury and widening of kidney compartments.

Another study detected spike proteins in urine in about 25 percent of urinary samples from hospitalized COVID-19 patients. Since proteins are larger than other commonly excreted chemicals—such as urea and sodium ion—there are generally low amounts of proteins in the urine, with higher levels (proteinuria) being seen as a sign of kidney dysfunction. Proteinuria and nephrotic syndrome, both identified with excessive protein excretion in the urine and associated with dysfunctional kidney performance, have been documented during COVID-19 infection and after vaccination.

In a study of five recovered COVID-19 patients ranging from 9 to 180 days after testing negative for the virus, the authors found spike proteins and nucleocapsid proteins in the ileum (the end of the small intestines), appendix, colon, and hemorrhoid tissue.

Another autopsy evaluation on 11 people who died after contracting COVID-19 found that two individuals who tested positive for SARS-CoV-2 had spike proteins in their gut tracts.

The adrenal glands are often targeted in bacterial and viral infections.

Two studies on autopsies from COVID-19 patients found spike proteins localized in the adrenocortical areas of the patient. The presence of spike proteins was also accompanied by inflammation of the adrenal glands, tissue death, blood clotting, and many other dysfunctions. Since adrenocortical cells are responsible for secreting hormones, damage to these regions is speculated to elevate the risk of adrenal insufficiency in the future.

Another study evaluating spleen tissue obtained through autopsies from COVID-19 patients found spike proteins in spleen cells and immune cells present in the spleen. The authors found that infected individuals had greater signs of damage and tissue death in their spleen samples, suggestive of spike-protein-induced spleen injury.

Spike proteins were found during the autopsies of three individuals who died from COVID-19 in the inner layer of the retina, inside retinal cells, and the blood vessels that supply the retina. COVID-19 infections have been found to be associated with increased widening of blood vessels in the retina, leading to possible impairment in eyesight.

At least two case studies have detected SARS-CoV-2 viruses in skin and sweat gland tissues after COVID-19 infection. These people often have skin discoloration at the site of infection; laboratory examination of the skin tissue showed inflammation and reddening of the tissues infected.

An Italian in vitro study exposed cultured human granulosa and cumulus cells to the SARS-CoV-2 virus at 24-, 48-, and 72-hour intervals. The authors found viral infection in all of the cultures. The virus infected the ovarian cells. However, studies on COVID-19 infections have shown that women are generally less affected by COVID-19 infections compared to men.

Testes seem to be especially targeted by SARS-CoV-2. A preprint study found that the testes, the place of sperm production, is a reservoir for viral replication. This may pose a risk to sperm production for the individual.

A Chinese study found spike proteins in the testes of five people who died after contracting COVID-19. The tissues affected are responsible for spermatogenesis and had signs of inflammation, damage, and degeneration. These findings correlate to testes damage and potential impairment of spermatogenesis with spike protein presence.

Studies have detected the SARS-CoV-2 virus and its viral RNA in sperm following infections. These are often associated with reduced sperm count and motility, suggesting that the infection impairs spermatogenesis. Studies on vaccinated individuals also had similar findings, all of which suggest that the spike proteins by themselves may be able to impair sperm production.