When Parents and School Boards Clash Over Children’s Health 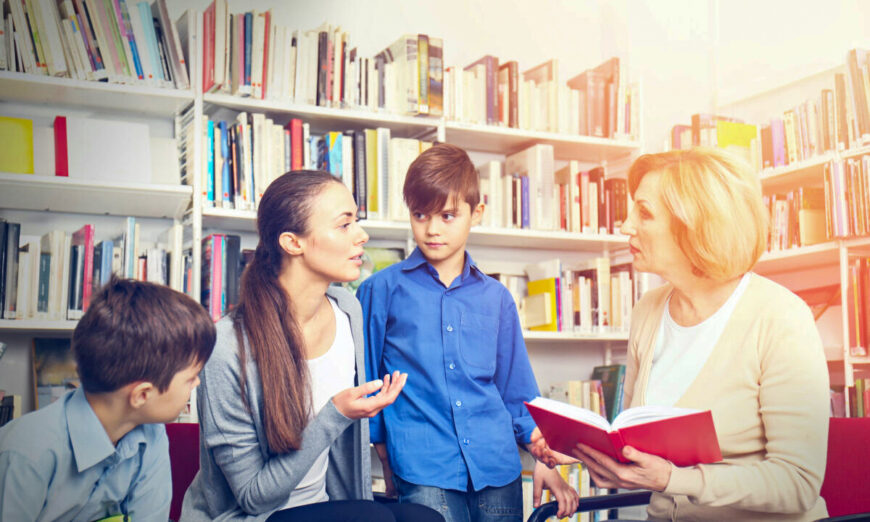 Many U.S. parents are no longer silent about the policies of the schools their children attend, and they are increasingly organizing and speaking out at school board meetings. Last summer, Epoch Times reported on one such parent who criticized the teaching of critical race theory (CRT) and early sexual education at a school board meeting in Bloomington, Ills.

Ty Smith, the father of two teenaged sons, said that he deplores teaching children that “sexual stimulation is good, not bad” when they are too young to give consent or even know what sex is.

“When I was growing up, they taught us that no one should touch your private areas ever—what happened to that?” asked Smith. “Who is driving this new agenda?”

Another agenda that parents and even some teachers are opposing is the affirming of a student’s new gender identity—replete with a new name and corresponding pronouns—behind parents’ backs. According to the American Enterprise Institute’s Conservative Education Reform Network, “In the past few years, school districts nationwide have quietly adopted policies requiring staff to facilitate and ‘affirm’ gender identity transitions at school without parental notice or consent—and even in secret from parents. … From a legal perspective, these policies violate parents’ constitutional rights to raise their children.”

In addition to violating parental rights, critics fear the “social transitioning” occurs too early in a child’s life, can leave a child no easy way to rescind the identity, and can lead to bone-thinning puberty blockers.

On the U.K. chatroom Mumsnet, teachers express both their objections to the policies and fear for their own jobs if they speak out.

“My union seems to have adopted gender identity politics,” wrote one teacher who claimed that “my colleagues share my concerns but are afraid to raise their concerns.” Stating that the school is “harming children,” the teacher added, “I would lose my job if I spoke with parents about it. I want to openly challenge the school using whatever legal means are available.”

The Mumsnet teachers have cause for concern. Two well-publicized cases in which teachers were fired for failing to use mandated pronouns recently occurred in Virginia. Tanner Cross, a physical education teacher in Loudoun County, was suspended in 2021 after expressing his opposition to the gender-affirming rules at a school board meeting, behavior that was called “disruptive.” After five emails from parents, he was fired.

Luckily for Tanner, a court ordered the school board to reinstate his job and the Virginia Supreme Court later upheld that order; the ACLU opposed Tanner’s bid for reinstatement.

Peter Vlaming, a French teacher at West Point High School, in West Point, Va., was not so lucky. According to the Washington Times, in 2018, “Mr. Vlaming, who had taught French for seven years, said he couldn’t in good conscience follow the superintendent’s order to call one of his transgender students by masculine pronouns. He agreed to refer to the student by a different name—as requested by the student—and he avoided using any pronouns while in the student’s presence.” This compliance was not enough for the school administration, which fired Vlaming, who is pursuing legal redress.

What Explains the Transgender Craze?

No one disputes that more young people than ever are declaring themselves to be the other gender—especially girls. Since 2007, 40 gender clinics catering exclusively to children have opened. Many children go on to have disfiguring and irreversible gender surgery, which often makes them infertile and ends their ability to have children.

The reasons behind the transgender fad are murky. There is certainly greater societal awareness and acceptance of gender dysphoria today, and children do not need to keep their new identities hidden. But there also seems to be social pressure; a therapist writing in Psychological Perspectives likens the teens she sees “coming out as trans in peer clusters” as similar to those experiencing “suicide and eating disorder contagion.”

One mother quoted by the author says that there are 25 members of her daughter’s color guard at her school, and that “All of them are natal female. Last year, my daughter told me that almost all of them felt they were lesbian. This year, almost all of them feel they are transgender, agender, or, at the very least, are questioning their gender identities. I’ve noticed that many of them have similar haircuts and that some of them are [breast] binding.”

Therapists, especially “gender therapists,” often encourage gender transitions, even though a child’s gender confusion could simply be temporary, say critics of the trans movement. And drug makers derive major profits from the trend: AbbVie’s puberty blocker Lupron brought in $752 million in revenue in 2020;the puberty-blocking implant Supprelin LA has a list price of $37,300. The lucrative drug prices may explain why many medical facilities, like the Mayo and Cleveland clinics, also promote the drugs.

When a child announces they are transgender, parents can be pressured by schools, therapists, and peers to affirm transition. But one mother counsels delay:

“Parents are right to resist the push by every sector of society to identify ‘gender dysphoric’ minors as ‘trans.’ Yes, some of these young people may go on to identify as the opposite sex; some will seek medical transition. But what the current atmosphere has done is rob them of the crucial time they need to figure it all out. Medical transition was once a rare, adult-only decision. I’m in favor of a return to that more reasonable approach to the matter. So you bet I’m going to keep doing what I can to support parents who want to at least delay an adolescent’s decision to permanently alter body and mind with hormones and surgeries.”

Like transgenderism, the diagnosis of attention deficit hyperactivity disorder (ADHD) is also booming. Both lack a definitive physical determination, like a blood test, and are instead based on behavioral and subjective data.

In 2016, at least 4 million U.S. children were taking ADHD drugs, according to the Journal of Clinical Child & Adolescent Psychology. In 2020, the size of the global ADHD market was $18 billion, and it is projected to expand as manufacturers add “diverse features for children, such as added flavors,” reports Verified Market Research.

Yet not all doctors and parents are on board with medicating their children with ADHD drugs, the majority of which are stimulants that are correlated with transient weight loss and slower growth. Moreover, a “fairly large percentage of kids who take methylphenidate [Ritalin] … may experience minor and short-lived problems such as difficulty with appetite and sleep,” says a Health Harvard blog.

According to psychiatrist Peter Breggin, known as the “conscience of psychiatry,” the problem may not be with the children, but with the learning conditions. The children may be “in boring, overly structured classrooms. They are not getting enough attention. They are not getting enough playtime,” he said in a WebMD interview. “They are reacting as any child would. I have seen many a child be uncontrollable with one teacher and not with another.”

While schools cannot legally force parents to medicate their children, drug makers target teachers to act as persuaders, states a 2019 article in BMC Psychiatry: “[P]harmaceutical companies indirectly address teachers through educational websites carrying specific resources for teachers, such as explanations about ADHD and ways to encourage parents to medicate their children for it. Each such website carries a link to the manufacturer’s website or a link to the stimulant they manufacture.” Part of the pro-drug persuasion can include “education grants to schools for every child diagnosed with ADHD.”

Articles in ADDitude, a pro-drug magazine exclusively devoted to ADHD awareness, offer ways for a parent to convince a drug-hesitant spouse to give a child drugs, such as bringing a teacher and principal into the fray and even seeking “legal counsel.”

When one mother declined to let her 9-year-old son take ADHD related medications, the boy’s teacher accused her of medical neglect and called child-abuse investigators. Such arguments over medicating children resemble the conflicts surrounding elementary school-required vaccines—frictions that occurred long before COVID-19.

A 2016 article in Time magazine suggests that ADHD may be overdiagnosed in the U.S.—“It’s unlikely that American kids are really 14 times more likely than British kids to have ADHD”—and that parents should ask, “Am I comfortable with the risks of giving my kid ADHD medication?” and “Is it my child who needs to change, or the way he or she is taught?” before medicating their kids.

A 2016 CNN article by Peggy Drexler, author of “Our Fathers, Ourselves: Daughters, Fathers, and the Changing American Family” and “Raising Boys Without Men,” notes that even though parents can feel a stigma for not “controlling” their child, there is evidence that behavior modification can be as effective as medication in treating ADHD, if parents put in the effort.

“The researchers … encourage parents to resist a child’s play for negative attention, learning to ignore annoying habits such as humming, making noises, or otherwise acting out. Pretty routine stuff, and tacks that many parents take already,” writes Drexler.

Whether a school asserts its ability to affirm a child’s transgender identity behind their parents’ back, or pushes parents to medicate their children for alleged attention deficits, parents are organizing and standing up to school boards like never before. One parental group, Purple for Parents, for example, says its mission is “empowering parents to get involved in their children’s education, taking charge of their rights as taxpayers and having access to the best schools the state has to offer,” and the number of such groups continues to grow.