What Is the Secret to Longevity? Japanese Specialist Says the Answer Is in Your Gut 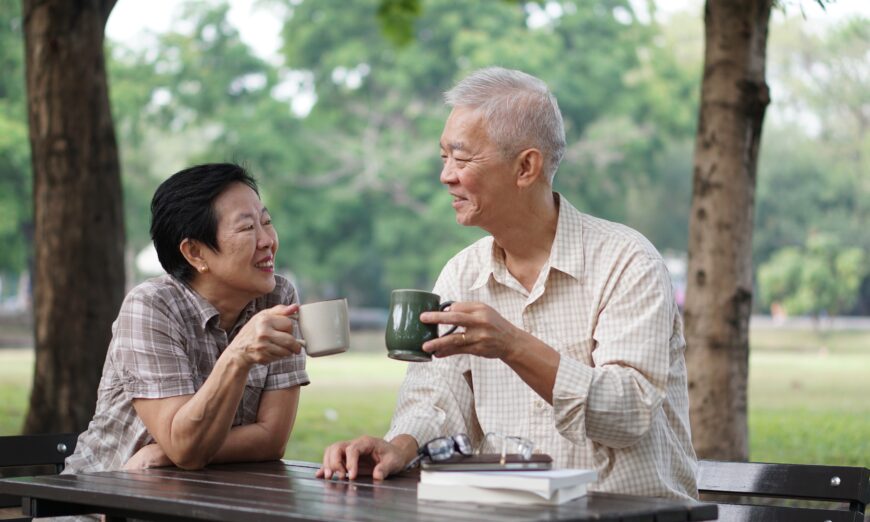 New research suggests that advancing age changes the makeup of the microbiome and that by zeroing in on certain bacteria, longevity might be increased. (Glowonconcept/Shutterstock)

Besides being known for its mouthwatering food, unique packaging, and colorful and historical culture, Japan is one of the top countries in the world for having the longest life expectancy.

According to the Japanese Ministry of Health, Labor, and Welfare, the average life expectancy in Japan in 2021 was 87.57 years for women and 81.47 years for men.

The number of centenarians in Kyotango-shi, Kyoto Prefecture, is over three times the national level.

In other words, there are about 237 centenarians per 100,000 inhabitants, which is 3.3 times the national ratio in Japan.

Meanwhile, the National Center for Health Statistics at the Centers for Disease Control and Prevention (CDC) released a new report, Vital Statistic Rapid Release, on Aug. 31, showing an overall decline in life expectancy across America between 2019 and 2021. It was reported that longevity in the U.S. decreased by 2.7 years in the total population, averaging 3.1 years for males and 2.3 years for females. In 2021 Life expectancy of American men was 73.2 and 79.1 for females.

Links to the Secrets of Longevity

Yuji Naito noted that the traditional eating habits of the Kyotango-shi region might hold the key to more extended living for the elderly than the ones in the neighboring city of Kyoto. Kyotango-shi natives produce far more butyric acid bacteria.

The difference in gut flora among the elderly in the regions may be one of the critical reasons for longevity in Japan.

Butyric Acid, a Link to Longevity

Experiments in mice have shown that increasing butyric acid bacteria in the gut delays the aging of the central nervous system.

How Aging Occurs and Its Relation to Gut Flora

Aging occurs when the body becomes a chronic inflammatory state while the cells and tissues are damaged.

The National Library of Medicine published a study on gut microbiota and inflammatory diseases written by researchers who are doctors at the department of gastroenterology at Shaanxi Provincial Hospital of Traditional Chinese Medicine (TCM).

The hospital doctors and researchers in Shaanxi Province proved that external factors could improve the microbiome and inflammatory bowel disease pathogens. By adjusting the intestinal environment, it is also possible to manipulate and slow down aging.

The study adds that in the human body, homeostasis of nutrition, immune development, metabolism, and defense against pathogens are vital to a long and healthy life, as aging depends on the existence of the gut microbiome.

Dr. Naito said there are over 1,000 bacteria in the human intestinal system, creating an interdependent environment.

The intestinal system as a whole contains various functions. Gut bacteria can also affect lifestyle-related diseases, such as diabetes and obesity.

If the intestinal environment and the energy metabolism are maintained at a positive level, it can prevent arteriosclerosis and reduce visceral fat.

Why do the elderly in Kyotango-shi have more butyric acid-producing bacteria in their intestines?

This diet improves the intestinal environment, resulting in an anti-aging effect.

The purpose of consuming food is not only to provide the human body with nutrients but also to influence the microbes inside the intestinal system.

For instance, breastmilk contains oligosaccharides, which cannot be broken down and absorbed by the human body. However, it is food for the microorganisms inside the gut.

Naito also discovered that the biodiversity of gut bacteria in the human body decreases with successive generations.

After studying the intestinal flora of three generations in the same family in Kyotango-shi, Naito discovered gut bacteria loses its variety and variability in genes from grandparents, parents, and their children.

He found that the changes in eating habits and lifestyles also impact the number of gut bacteria. Once these good germs disappear from the digestive system, there is no further production.

Naito once said to the media there was an inaccurate old belief that the ratio of good, bad, and neutral bacteria was 2:1:7.

According to Healthline, Bifidobacterium, sometimes referred to as B. Bifidum, is a group of healthy bacteria named probiotics in our digestive system. These good germs perform essential functions such as digestion and fighting harmful bacteria.

The microorganisms in our intestines accumulate gradually after birth. However, the variety of it relates to genetics.

For example, the ability to break down lactose is fragile for Japanese people. However, when undigested lactose reaches the large intestines, it provides food for bifidobacterium. Hence, the increase in the numbers of bifidobacterium.

In one of his best-selling books, LifeSpan: Why We Age and Why We Don’t Have To, Sinclair wrote about researchers over the years who began to mutually agree, “Slow down aging, and you can forestall disease. Forestall disease, and you can push back death.”

In other words, delaying aging and expanding life span is possible.

Naito notes the importance of soluble fiber for feeding butyric acid bacteria and other gut bacteria.

Following a Mediterranean diet is ideal as it is similar to the Japanese diet, with plenty of fish, whole grains, vegetables and fruits, legumes, and good fats.

Meanwhile, high sugar and fat lead to the number of intestinal bacteria disappearing and declining.

Harvard School of Public Health echoes that aside from family genes, environment, and drug use, a high-rich fiber diet is essential in keeping our gut healthy as it keeps active bowel functioning. It writes, “Indigestible carbohydrates and fibers such as inulin, resistant starches, gums, pectins, and fructooligosaccharides are often called prebiotics because they feed our beneficial microbiota.”

A diet containing a low amount of fiber will lower the amount of good microbiota. Instead, it increases pathogenic bacteria, which grow in a lower acidic environment.

What Is a Longevity-friendly Diet?

Naito encourages having rich fiber oatmeal, yogurt, or kiwi as a healthy breakfast. While consuming cabbage and leafy greens is crucial, the gut expert said to add broccoli to the daily diet to prevent cancer.

Last but not least, Naito reminds us to avoid food with high-fat content, sodium, sugar, and diet soda if we want to live a long and healthy life. Similar to fast food diets.

Ellen Wan
Ellen Wan has worked for the Japanese edition of The Epoch Times since 2007.