Vaccine Mandates 20 Years Ago Versus Today—Is History Repeating Itself? 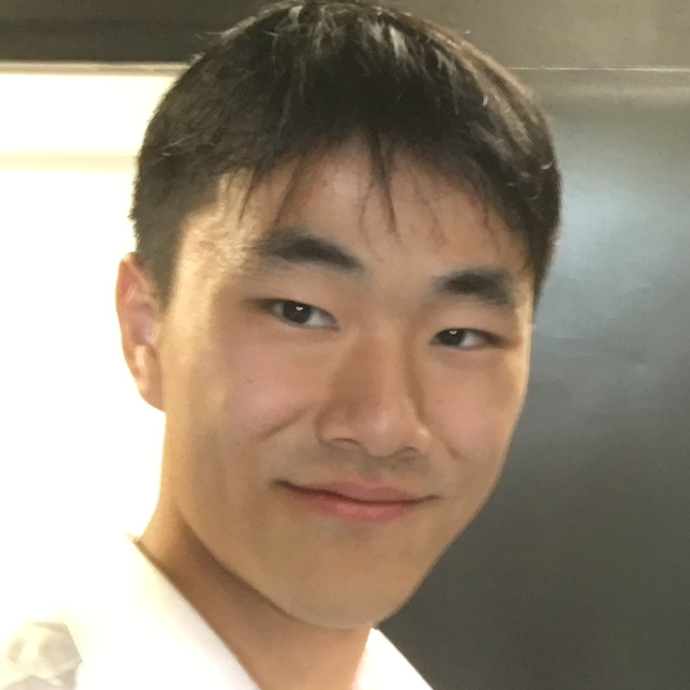 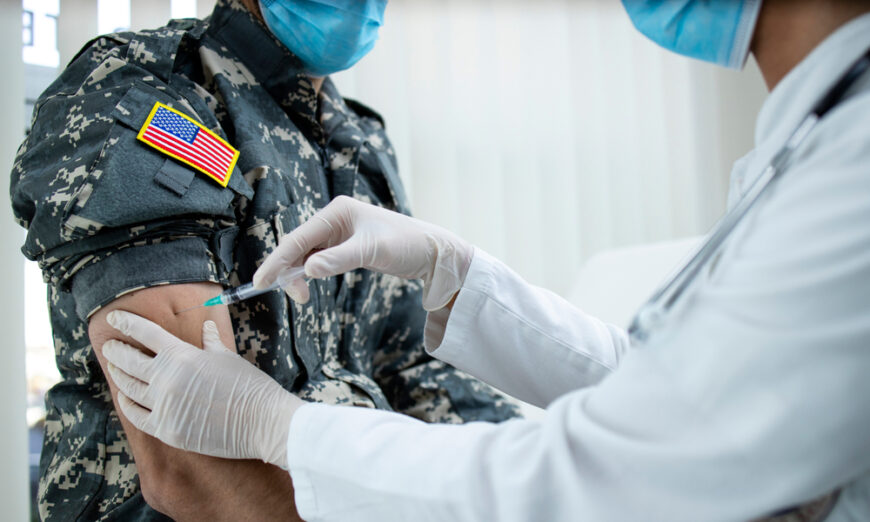 This year, thousands of military members from the navy, air and space force, and coast guard filed class action lawsuits against the government’s COVID-19 vaccine mandate issued by the Department of Defence. Many soldiers have requested an exemption from COVID-19 vaccination on religious grounds, yet very few were accommodated and some were disciplined or forced into premature discharge or retirement. This could, however, be history repeating itself—something strikingly similar happened two decades ago.

Anthrax and Vaccine Mandates in the Military

Anthrax is a serious infectious disease caused by gram-positive, rod-shaped bacteria known as Bacillus Anthracis. It is found in nature and commonly infects animals when they ingest anthrax spores. The spores become activated to multiply and can produce toxins that lead to disease.

However, anthrax is not a major issue in the United States because it mostly affects livestock, which are usually vaccinated against it. In humans, anthrax may cause ulcers, skin sores, and other flu-like symptoms. According to the CDC, anthrax is not contagious or generally transmissible between humans.

Anthrax has also been around for a long time. The discovery of anthrax can be traced back to around 700 BC in Egypt and Mesopotamia. The first modern clinical description of anthrax was documented in the mid-18th century, and the first anthrax vaccine for animals was developed in 1881 by Louis Pasteur. Anthrax was used by German physician Robert Koch to develop Koch’s Postulates, a set of criteria used until today to determine whether an organism is the cause of disease.

There are four types of anthrax known today in terms of the route of infection. The first three are called cutaneous, inhalation, and gastrointestinal anthrax which are when anthrax enters the body through an open wound, through breathing spores in, or through ingesting contaminated food. A relatively novel form of anthrax was found in heroin addicts when the first cluster of cases appeared in the U.K. and Germany around 2010. Unfortunately, many Americans know anthrax due to different reasons.

In 2001, a week after the 9/11 attacks, anthrax spores were mailed to senators, editors in publishing companies, etc. Consequently, people got infected with anthrax. More than 40 people tested positive and five people died.

The first anthrax vaccine (Anthrax Vaccine Adsorbed, AVA) for humans was created in the 1950s and was initially approved by FDA for pre-exposure prophylaxis in 1970. It was made available to people working in goat hair processing mills or similar high-risk jobs in the United States.

Although natural anthrax infections were long considered a relic of the past, with case numbers dropping from about 130 a year in the early 1900s to null in the 90s, anthrax has long been considered one of the top choices for bioweapons for numerous reasons. It is highly lethal with a mortality rate of 80 to 90 percent from inhalation exposure. Deadly concentrations are much less compared with chemical nerve agents, and anthrax is relatively easy to produce as it occurs naturally in many parts of the world, including the United States. It is also easy to deliver anthrax in aerosol form, its most deadly form.

In the 1990s, threats boasting the release of anthrax or the exposure of individuals occurred in at least 17 states, causing the U.S. military to be seriously concerned about terrorist groups who threatened to launch anthrax attacks. Media coverage of this definitely stimulated public concerns. One of the most sensational moments in history was when former Secretary of Defence, William Cohen, held up a five-pound bag of sugar on national television and warned that if the bag contained anthrax, it could kill half of DC. His bold statement galvanized support for a military vaccination program called the Anthrax Vaccine Immunization Program, or AVIP.

At the time, the U.S. had active troops in the Persian Gulf and the Korean peninsula which were considered to be most at risk from a biological attack from anthrax. Around the same time that Cohen went live on national television, Russian scientists expressed concern that genetically engineered anthrax chimeras were created, sparking concern that it could be used as a biological weapon. That is how the AVIP came to be.

The vaccination program was swiftly rolled out, despite reports of weaponized anthrax strains being vaccine resistant. The vaccine rollouts were greeted with plenty of opposition. Senators, as early as 2000, recommended the Department of Defense to stop the AVIP because results from more than a dozen congressional hearings reflected that the program’s benefits didn’t seem to outweigh the harm. Many soldiers complained about side effects and studies found that in the case of a biological anthrax attack, the vaccine called AVA didn’t provide much protection. The AVA vaccine was only proven to have protection against cutaneous anthrax, not inhalation anthrax.

However, the vaccine program continued, even after a federal judge ordered the pentagon to halt administering experimental vaccines. 8 days after the district court verdict, the FDA changed the AVA’s status from experimental to being approved. This controversial move by the FDA enabled the AVIP program to be continued until it was ultimately brought to a halt in 2004.

It remains a mystery why such a controversial program was sustained for such a long time in the military, as the AVA’s side effects can significantly reduce combat readiness. For instance, the list of side effects from the six-dose vaccine includes fever, skin lumps, joint pain, difficulty breathing, muscle pain, hives, and more, not to mention the poor efficacy against inhalation anthrax.

This is not the first time vaccinations were imposed on the military. During Operation Desert Storm, nine vaccine programs were enforced upon soldiers serving around Kuwait during the gulf war, which sometimes included the AVA. This series of vaccinations is thought to be in relation to the poorly defined and studied gulf war syndrome, which still affects veterans today.

Further research into the AVIP program shows that the DOD already knew in the 80s that the AVA wasn’t quite as effective against inhalation anthrax, but that didn’t stop the government from spending about $1.3 billion on the Michigan-produced BioThrax vaccine. It, however, only took the company about $250 million to produce all the batches, which means that they had a profit margin of more than a billion dollars.

The Government Is the Largest Vaccine Producer

It seemed that the government also had investments in the vaccine industry. Emergent Biosolutions (EBS), the company behind the AVA vaccines, had received a massive amount of funding from the American government.

This included rebuilding their production plants and having their vaccines pre-approved or “grandfathered in” despite failing several FDA inspections. So now it looks like the AVA vaccines were marked up terrifically for something that only cost a few dollars a vial to produce, meaning that an unusually lucrative deal was awarded to this particular company without clear justification. Usually, the profit margin for an American military contract lies at about 10 percent, which is a stark contrast to how the dealings with EBS went down.

In a nutshell, the AVIP program was no good business for the DOD, not a good prevention program based on various medical studies, and it didn’t offer protection to the men and women in service from the enemy. What is worse was that many soldiers who resisted the vaccine program were disciplined, discharged, or even faced martial law. And nobody was held accountable for these consequences.

Even the Congressional Budget Office estimated that the Biomedical Advanced Research and Development Authority (BARDA) alone has spent $19.3 billion on COVID-19 vaccine development. The government also purchased hundreds of millions of doses of the vaccine in advance, ensuring incentive and demand.

The Backlash Against Military Mandates

However, it is currently facing a number of class-action lawsuits from thousands of military personnel. This includes more than 4,200 from the navy, 10,000 from the air and space force, as well as 1,200 from the coast guard. Tens of thousands of soldiers applied for religious or other types of exemption from the COVID-19 vaccination, but few were approved.

This issue has recently gained quite a lot of attention, especially since President Biden remarked that the pandemic was over on Sept. 19, 2022. House Representative Mike Gallagher is seeking answers from the Secretary of Defence, Lloyd Austin, on why the DOD is still requiring a COVID-19 vaccine from service members.

After studies emerged about the Omicron variants having low pathogenicity (less severe than other strains), the vaccines are generally believed to be most suitable for the elderly population or immunocompromised. In contrast, the young and physically active service members are not necessarily the population at risk of high death rates from SARS-CoV-2. Some studies are saying that the second and third doses of the vaccine can elevate risks for myocarditis in young service members.

An American study shows that there were 23 recorded cases of myocarditis in the U.S. military following the second vaccine dose, with 22 of these service members having a clean health history. An Israeli survey concluded similar results in young service members (mostly from ages 18 to 24) and estimated incident rates for myocarditis to be between six and 11 cases per 100,000 patients after receiving their third dose.

The studies show that there are some adverse effects that arise from the vaccines even when administered to the young and healthy. This calls into question the motives behind various military vaccine programs. There is a certain gray zone where military superiors have the say over their service members, but it should not be abused as it can lead to diminishing morale and splintering within the military.

Dr. Sean Lin
Dr. Xiaoxu Sean Lin is an assistant professor in Biomedical Science Department at Feitian College - Middletown NY. Dr. Lin is also a frequent analyst and commentator for Epoch Media Group, VOA, and RFA. Dr. Lin is a veteran who served as a U.S. Army microbiologist. Dr. Lin is also a member of Committee of Present Danger: China.

Mingjia Jacky Guan
Jacky Mingjia Guan is based in Switzerland. He writes about a diverse range of contemporary topics, guided by the limitations of human rationality and perception.