Teens With a Higher Sense of Family Status Are Healthier 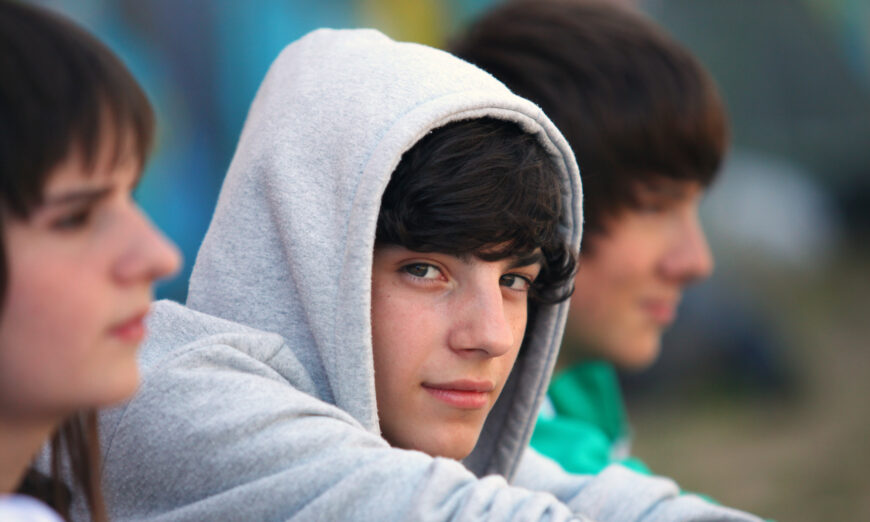 How a teens view their position in their society may have a strong impact on how they navigate life, study suggests. (Phovoir/Shutterstock)

An adolescent’s sense of their own family’s social and economic status is closely linked to that teen’s physical and cognitive health, according to a study of British twins.

In fact, the adolescent’s perception of status was a more powerful predictor of their well-being and readiness for further education than their family’s actual status. The study sample represented the full range of socioeconomic conditions in the United Kingdom.

“Testing how young people’s perceptions related to well-being among twins provided a rare opportunity to control for poverty status as well as environmental and genetic factors shared by children within the same family,” says lead author Joshua Rivenbark, a doctorate student in Duke University’s Medical School and Sanford School of Public Policy.

“Siblings grew up with equal access to objective resources, but many differed in where they placed their family on the social ladder—which then signaled how well each twin was doing,” Rivenbark said.

Researchers followed 2,232 same-sex twins born in England and Wales in 1994–95 who were part of the Environmental Risk (E-Risk) Longitudinal Twin Study based at King’s College London. Adolescents assessed their family’s social ranking at ages 12 and 18. By late adolescence, these beliefs signaled how well the teen was doing, independent of the family’s access to financial resources, health care, adequate nutrition, and educational opportunities. This pattern was not seen at age 12.

“The amount of financial resources children have access to is one of the most reliable predictors of their health and life chances,” said senior author Candice Odgers, a professor of psychological science at the University of California–Irvine. “But these findings show that how young people see their family’s place in a hierarchical system also matters. Their perceptions of social status were an equally good, and often stronger, indicator of how well they were going to do with respect to mental health and social outcomes.”

Study findings also show that despite growing up in the same family, the twins’ views were not always identical. By age 18, the twin who rated the family’s standing as higher was less likely to be convicted of a crime; was more often educated, employed, or in training; and had fewer mental health problems than his or her sibling.

“Studies that experimentally manipulate how young people see their social position would be needed to sort out cause from effect,” Rivenbark said.

The research appears in the Proceedings of the National Academy of Sciences. Additional researchers from Duke and King’s College London contributed to the work.